Will Gangubai Kathiawadi Take Alia Bhatt’s Stardom To The Next Level? 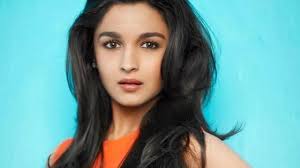 Alia Bhatt, born 15 March 1993, is one of the most talented, versatile, and hottest actresses in India right now. She is not just an amazing actress but also a great singer. One of the highest-paid actresses of India, as of 2019, her accolades include four Filmfare Awards. She has appeared in Forbes India’s Celebrity 100 list since 2014 and was featured by Forbes Asia in their 30 Under 30 list of 2017.

Born into the Bhatt family, she is the daughter of filmmaker Mahesh Bhatt and actress Soni Razdan. After making her acting debut as a child in the 1999 thriller Sangharsh, she played her first leading role in Karan Johar’s teen drama Student of the Year (2012). She went on to establish herself with starring roles in several films produced by Johar’s studio Dharma Productions, including the romances 2 States (2014), Humpty Sharma Ki Dulhania (2014), and Badrinath Ki Dulhania (2017); and the coming-of-age drama Dear Zindagi (2016).

Bhatt won the Filmfare Critics Award for Best Actress for playing a kidnapping victim in the road drama Highway (2014), and three Best Actress awards at the ceremony for playing a Bihari migrant in the crime drama Udta Punjab (2016), a spy in the thriller Raazi (2018), and the volatile girlfriend of an aspiring rapper in the musical drama Gully Boy (2019).

In Addition to acting in films, Bhatt has launched her own line of clothing and handbags as well as the production company Eternal Sunshine and is the founder of the ecological initiative CoExist. She has sung six of her film songs, including the single “Samjhawan Unplugged” in 2014.

“Alia will get a tremendous response for her performance in Sanjay Leela Bhansali’s Gangubai Kathiawadi. Alia will go and win multiple awards for her performance in the film. Her role in SS Rajamouli’s RRR might be a short one but she will leave an impact. Aila may achieve desired goals in her love life with Ranbir Kapoor by 2021,” says noted Bollywood Celebrity astrologer Hirav Shah.

Happy Birthday to the most brilliant, Alia Bhatt.. you will rule!

Home » Celebrity-Horoscope » Will Gangubai Kathiawadi Take Alia Bhatt’s Stardom To The Next Level?