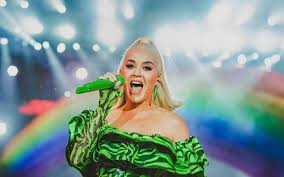 American Pop singer Katy Perry has turned 36 this year, which is already a significant one for her. Katheryn Elizabeth “Katy” Hudson, better known as Katy Perry, released her debut studio album in the year 2001, Perry exactly rose to fame in the year 2008 with the release of her super catchy songs I kissed a girl, Hot and cold, and One of the boys. Her album Teenage Dream released in 2010 went on to be the first album by a female artist to produce five No. 1 songs on the US Billboard Hot 100 list for that year. She has won many awards to date, including 2 Guinness World Records. 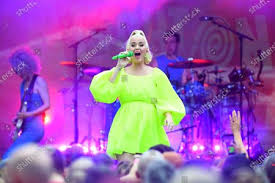 The singer became a mother to a baby girl in August this year and also released her latest album Smile the same month.

Katy first made her breakthrough performance ten years ago with her album Teenage Dream. She also announced her pregnancy through her angelic music video Never Worn White earlier this year. Katy and her partner, British actor Orlando Bloom became parents to Daisy Dove Bloom in August.

Katy Perry was recently declared the richest female celebrity. She was also ranked 3rd on the Forbes 100 richest celebrities list that was released recently. Well, what makes this woman so immensely blessed? A mix of her immense talent, good looks, and tonnes of hard work—and, maybe, also fortunate stars. 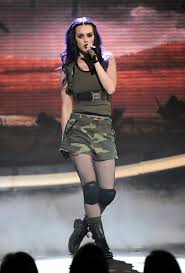 The upcoming year will turn out to be progressive and her financial conditions will become even stronger. This is the year of hard work for Katy, as she will get the results according to the efforts put in by her. Hirav Shah predicts that her relationship will grow and become stronger. This year Katy will improve her image and benefit her manifold.

Hirav Shah also advises Katy, “No need to hurry, you must think about what can give more meaning to your life and allow you to blossom. You take a step back to reflect better and even come out of the boxes of old abandoned projects. By looking at things from a different angle, you’ll find new solutions.”

He further adds, “Katy’s health will be pretty good. But she could have problems relating to stress and its side effects. She should have a friend or friends to confess her innermost thoughts. Releasing some of the anger and hurt would do you a world of good. Stress has its way of eating at your body and it can have a bearing on your attitude and your energy. It is suggested that you learn how to manage your feelings.”

Katy Perry is most compatible with people who belong to

I wish many more laurels, fame, money, and good health for one of the most popular singers of this generation, Katy Perry on her 36th Birthday.