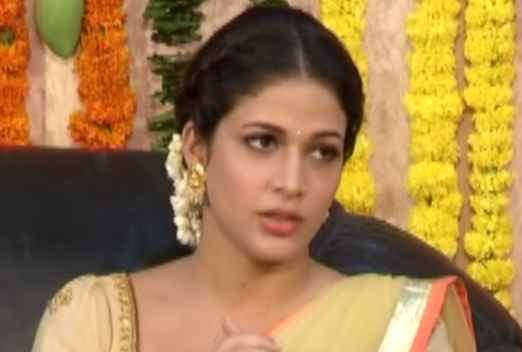 Lavanya Rao Tripathi (born 15 December 1990) is an Indian actress, model, and dancer who predominantly works in the Telugu film industry. After working as a model and she won the Miss Uttarakhand title in 2006, she entered the film industry in 2012, with the Telugu film, Andala Rakshasi.

Lavanya Tripathi was born in Ayodhya, Uttar Pradesh, India, and grew up in Dehradun, Uttarakhand. Her father is a lawyer practicing in the high court and civil court and her mother is a retired teacher. She has two elder siblings, one brother, and a sister. After completing her schooling at Marshall School, Dehradun, she moved to Mumbai, where she graduated in Economics from Rishi Dayaram National College.

She stated that she “always wanted to be in showbiz” but her father wanted her to complete her education first. She then started modeling, appearing in commercials, while also being part of television shows. She won the title of Miss Uttarakhand in 2006.

She is a Trained Classical Dancer in Bharatnatyam which she displayed glimpses in the blockbuster film Bale Bale Magadivoy.

Her last film was Arjun Suravaram which was a super hit at the box office.

Lavanya’s Zodiac sign is Sagittarius and is ruled by Jupiter.
3, 6, 9 are the lucky numbers for Birth number 6.

Hirav Shah says, “2021 is a year of work and development for Lavanya. It’s “nose to the grindstone” time.It can also be a wonderful year for building, developing, and laying a solid foundation for future successes.

Movie Astrologer Hirav Shah Predicts, “Career-wise she will do amazing as her upcoming films A1 Express and Chaavu Kaburu Challaga will do well at the box office., Because of her north Indian background, she must also try to make a foothold in Bollywood.”