Will Rocking Star Yash’s KGF 2 Will Be Bigger Hit Than KGF 1? 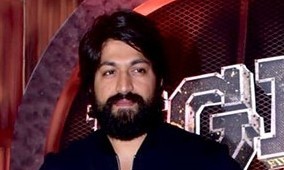 Naveen Kumar Gowda, known by the stage name Yash or Rocking star Yash, is an Indian film actor who works in Kannada cinema.

Yash made his feature film debut with Moggina Manasu (2008) he played the male lead opposite his future wife Radhika. The film was a success and earned him the Filmfare Award for Best Supporting Actor. He went on to star in many commercially successful films, including Modalasala (2010), Rajadhani (2011), Kirataka (2011), Drama (2012), Googly (2013), Raja Huli (2013), Gajakesari (2014), Mr. and Mrs. Ramachari (2014), Masterpiece (2015). His rise to success has been well documented by the media, and he has been rated one of the popular Kannada film actors.

The phenomenal success of his last film KGF: Chapter 1 took his stardom to the pan-India level. After Prabhas he is one of the most prominent stars with nation-wide appeal among the masses.

Yash’s zodiac sign is Capricorn and is ruled by Saturn.

“Currently, Yash is enjoying the success of his last released film KFG 1. And the second chapter of KGF is getting released soon. The second part also will be a huge success but it might not reach the expectations of his fans. Since Yash is becoming a bankable star, in 2021, he is likely to get offered some movies from Bollywood also.

After July 2021, there is a possibility that he may enter Bollywood by doing the remake of his south films, which may earn him more fame,” says Business Astrologer Hirav Shah.

Wishing the rocking star of Sandalwood Yash a very rocking and happy birthday.

Until When, Will Amazon Prime Video Overshadow Rest OTTs?