“Will Jaideep Ahlawat Emerge as the Biggest Superstar of OTT Platforms?” 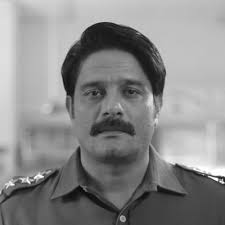 Jai Kishan Ahlawat (born 8 February 1980), better known by his stage name Jaideep Ahlawat, is an Indian film actor. Jaideep completed his graduation from Film and Television Institute of India (FTII), Pune in 2008. After completing his education, he headed to Mumbai, to pursue his dreams to become an actor. He started his career in Bollywood with a small role in a short film called ‘Narmeen’ in 2008. Later, he got a role in ‘Aakrosh’ (2010) and the same year, he also starred in a satire comedy film called ‘Khatta Meetha’ wherein his negative role as a politician got appreciated in the film circles. He also did a small role in Love Sex Aur Dhokha (2010).

Though he appeared in smaller roles in ‘Chittagong’ (2011) & ‘Rockstar’ (2011) but went unnoticed till he got ‘Gangs of Wasseypur’ (2012), wherein he plays the character called Shahid Khan. He played the villain in the Hindi movie ‘Commando’ which released in 2013.

Since then Jaideep has acted in films such as ‘Aatma’ (2013), ‘Gabbar is Back’ (2015) and ‘Meeruthiya Gangsters’ (2015) ‘Vishwaroopam 2’ and ‘Bhawani Mandi Tesan’ (Station called as Tesan in Hindi) are his upcoming flicks. He played police inspector Hathiram Chaudhary, the lead role in the Amazon Prime web series Paatal Lok (2020). He also appeared in the Bollywood film Raees produced by Shah Rukh Khan and Khatta Meetha, produced by Akshay Kumar; he first rose to prominence in the role of Nawab (Musa’s henchman) in Raees, Shahid Khan in Anurag Kashyap’s Gangs of Wasseypur (2012) and as AK 74 in the movie Commando.

Future of Jaideep Ahlawat in 2021

Jaideep Ahlawat is entering the 42nd year of his life, 4+2= 6 which is ruled by Venus.

Jaideep Ahlawat’s zodiac sign is Aquarius and is ruled by Saturn.

“Though the year 2021 looks good for Jaideep Ahlawat, he will have to work very hard to rise and shine. He will get a chance to do a variety of films during the year ahead, which is a good part. He will be able to hone his skill as an actor further during 2021 and 2022. He will emerge as the superstar of the OTT platforms if he can choose roles like Paatal Lok again,” says Bollywood Astrologer Hirav Shah.

Wishing one of the most talented actors post-2010 in Bollywood, Jaideep Ahlawat a very happy birthday!