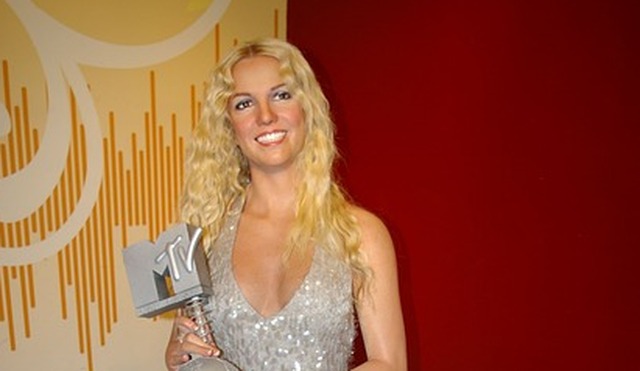 Britney Spears, born on 2nd December 1981, has been one of the most successful — and sometimes controversial — solo acts in popular music. Six of her first seven albums reached No. 1 on the Billboard 200.

Who Is Britney Spears? 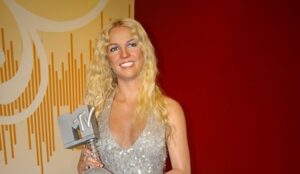 Britney Spears starred in The All-New Mickey Mouse Club at age 11 and began a highly successful career as a pop singer and performer with the release of the single “…Baby One More Time” in 1998. Spears achieved massive sales with albums like Oops!… I Did It Again and Britney, before experiencing a series of personal and professional setbacks. She rebounded with the chart-topping Femme Fatale in 2011 and later enjoyed an extended residency at Planet Hollywood Resort & Casino in Las Vegas.

Britney’s Zodiac sign is Sagittarius and is ruled by Jupiter.

She is credited with influencing the revival of teen pop during the late 1990s and early 2000s, for which she is referred to as the “Princess of Pop”. After appearing in stage productions and television series, Spears signed with Jive Records in 1997 at age 15. Her first two studio albums, certified diamond in the US, …Baby One More Time (1999) and Oops!… I Did It Again (2000), were global successes and became two of the best-selling albums of all time, along with making her the best-selling teenage artist of all time. The former’s title track was named the greatest debut single of all time by Rolling Stone in 2020 and the latter held a 15-year record for the fastest-selling album by a female artist in the United States with first-week sales of over 1.3 million copies.

Spears adopted more mature and provocative themes and aesthetics for her next two studio albums, Britney (2001) and In the Zone (2003), and made her feature film debut in a starring role in Crossroads (2002). She became the executive producer of her fifth studio album Blackout (2007), which is often critically referred to as her best work.[2] Due to a series of highly publicized personal struggles, promotion for the album was limited and she was later involuntarily placed in a conservatorship. Since then, she released the chart-topping albums, Circus (2008) and Femme Fatale (2011), the latter of which became her most successful era of singles in the US charts. She embarked on a four-year concert residency, Britney: Piece of Me, at Planet Hollywood Resort & Casino in Las Vegas to promote her next two albums Britney Jean (2013) and Glory (2016). Since 2019, Spears has been involved in a legal dispute over her conservatorship.

Spears has scored six number-one albums on the Billboard 200. She also has four solo number-one singles on the US Billboard Hot 100: “…Baby One More Time”, “Womanizer”, “3”, and “Hold It Against Me”. As a featured artist, the “S&M” remix also topped the Billboard chart. Other singles, “Oops!… I Did It Again”, “Toxic”, and “Scream & Shout”, topped the charts in most countries. With “3” in 2009 and “Hold It Against Me” in 2011, she became the second artist after Mariah Carey in the Hot 100’s history to debut at number one with two or more songs. Spears’s self-made heavily choreographed videography is considered a focal point to the success of her career, such as the image-redefining music video for “I’m a Slave 4 U”. For this, she has been awarded the Michael Jackson Video Vanguard Award in honor of her provocative boundaries-pushing art in young female entertainment. She has earned numerous awards and accolades, including a Grammy Award; thirteen Guinness World Records; six MTV Video Music Awards; seven Billboard Music Awards, including the Millennium Award; the inaugural Radio Disney Icon Award; and a star on the Hollywood Walk of Fame.

Regarded as a pop icon, Spears has sold over 100 million records worldwide, including over 70 million solely in the United States, making her one of the world’s best-selling recording artists. She was ranked by Billboard as the eighth-biggest artist of the 2000s decade. In the United States, she is the fourth best-selling female album artist of the Nielsen SoundScan era as well as the best-selling female album artist of the 2000s. In 2004, Spears launched a perfume brand with Elizabeth Arden, Inc.; sales exceeded US$1.5 billion as of 2012. Forbes has reported Spears as the highest-paid female musician of 2002 and 2012. She has also topped the list of most searched celebrities seven times in 12 years, a record since the inception of the internet.

Future of Britney Spears in 2021

Hirav Shah says, “This is a year of completion and transition. It is a time when we need to let go of things that no longer serve their purpose, and hold on to things that have a future.

Hirav Shah Predicts, “Professionally, Year 2021 is a great time to make a solid comeback for Britney Spears and rule the roost as she did in the 2000s.”