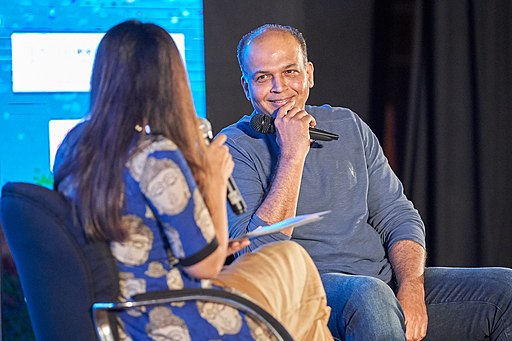 Ashutosh Gowariker (born 15 February 1964) is an Indian film director, actor, screenwriter, and producer who works in Hindi cinema. He is known for directing films “set on a huge canvas while boasting of an opulent treatment”. His works include Lagaan (2001), Swades (2004), Jodhaa Akbar (2008), What’s Your Raashee? (2009), Khelein Hum Jee Jaan Sey (2010) and Mohenjo Daro (2016). His film Lagaan was nominated in the Best Foreign Language Film category in the 74th Academy Awards, which makes him a voting member of the Academy Awards. He returned to acting by playing the lead role in the critically acclaimed comedy-drama Ventilator (2016).

In 2001, Gowariker wrote and directed the period epic movie Lagaan, produced by and starring Aamir Khan. Lagaan was the story of a cricket match between British officers and Indian villagers in the late 18th century. It ranked third among 2001’s Indian movies in terms of gross revenue.

Jodhaa Akbar (2008), another historical epic romance set in the 16th century, starred Hrithik Roshan and Aishwarya Rai. As a filmmaker, he shows his own civility through his films.

In 2016, Gowariker directed the film Mohenjo Daro, starring Hrithik Roshan. He returned to acting by playing the lead role in the critically acclaimed comedy-drama Ventilator (2016), which was produced by Priyanka Chopra.

In 2016, Gowariker returned to screen as an actor in the Marathi film, Ventilator. Allegedly, he took about 6 months to agree to do the film. The film went on to become a box office success and was critically acclaimed.

His last film as a director was Panipat starring Arjun Kapoor and Kriti Sanon which didn’t do too well at the box-office.

Future of Ashutosh Gowariker in 2021

“In 2021, Jupiter and Venus will be significantly affecting major planets in his chart. He may remain in stressful conditions due to excessive workload during this year as he has this burden on him to make a solid comeback. One thing is sure that his platter may be full of a lot of activity. He should avoid being impatient and should adopt a more flexible approach,” says Bollywood Astrologer Hirav Shah.

Hirav Shah adds, “The movies produced under his banner would do well in the year ahead. But he has to make extra efforts to make a movie as great as Swades or Lagaan. Working with Akshay Kumar, Varun Dhawan, or Ajay Devgn may benefit his career as a director as things stand today. Financially things will get brighter for him in the coming months.”

Wishing one of the best directors of Indian Cinema, Ashutosh Gowariker a very happy birthday.