Will 2021 Bring Fatima Sana Shaikh’s Career Back on Track? 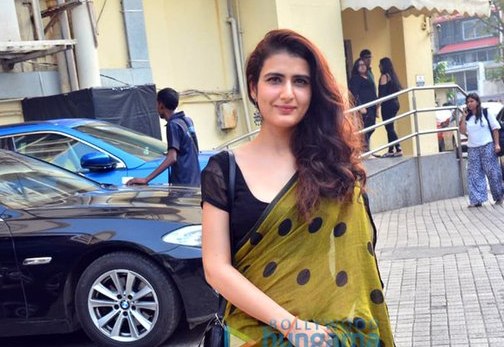 Fatima Sana Shaikh (born 11 January 1992) is an Indian film actress. She is known for her works in Hindi-language cinema, and television. Fatima appeared as a child artist in films such as Chachi 420 and One 2 Ka 4. Years later, she played Zoya in the Indian drama film Tahaan which received “The German Star of India Award” at the “Bollywood and Beyond” festival at Stuttgart Germany in 2009.

In 2016, she portrayed Indian freestyle wrestler Geeta Phogat in the sports drama film Dangal which was screened at the Beijing International Film Festival, and the second BRICS festival. She played Zafira Baig, a warrior-archer Thug in the epic action-adventure film, Thugs of Hindostan starring Aamir Khan which bombed very badly.

Fatima Sana Shaikh was born in Hyderabad and brought up in Mumbai. While her father is Vipin Sharma a Hindu from Jammu, her mother is a Muslim from Srinagar. Shaikh identifies herself as an atheist.

Future of Fatima Sana Shaikh in 2021

Fatima’s zodiac sign is Capricorn and is ruled by Saturn.

Movie Astrologer Shah says, “After the debacle of Thugs of Hindostan, Fatima’s career went haywire but then due to her talent and beauty, she got some good roles. Her last two films Ludo and Suraj Pe Mangal Bhaari did well critically and she is now bagging promising projects. One hit film will bring Fatima’s career back on track. And from the second half of 2021 to 2022 full year promises to be that period for her.”

We wish the awesomely talented ‘Dangal’ girl Fatima Sana Shaikh a very Happy Birthday and a bright career ahead.