What’s the GOOD NEWWZ for Diljit Dosanjh in 2021? 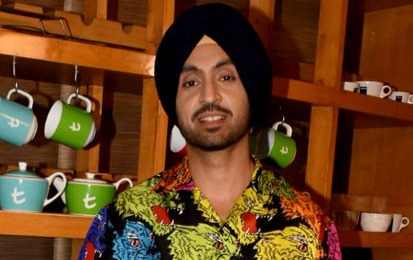 Diljit Dosanjh (born 6 January 1984) is an Indian singer-songwriter, actor, and television presenter who works in Punjabi and Hindi cinema. He is recognized as one of the leading artists in the Indian music industry. He also acts in Punjabi movies, with many of them being commercially successful, including Jatt & Juliet, Jatt & Juliet 2, Punjab 1984, Sardaar Ji, Ambarsariya, Sardaar Ji 2, Super Singh, Sajjan Singh Rangroot, and Shadaa – which are among the most successful Punjabi movies in history.

He made his Bollywood debut in 2016 with the crime thriller Udta Punjab for which he earned the Filmfare Award for Best Male Debut. However, this was followed by films that failed to propel his career forward in the Hindi film industry. This changed with his supporting role in the comedy Good Newwz (2019), for which he received a nomination for Best Supporting Actor at Filmfare. As of 2020, he has won the most five PTC Award for Best Actor. He has also appeared as a judge in three seasons of the reality show Rising Star. In 2020, Dosanjh entered the Social 50 chart by Billboard, following the release of his 11th album G.O.A.T. Also, the album entered the top 20 on Canadian Albums Chart.

Future of Diljit Dosanjh in 2021

Diljit’s zodiac sign is Capricorn and is ruled by Saturn.

“Diljit giving support to farmers’ protest has won him new fans which will only make his image and brand value stronger. there might be some controversies but he will come out shining against all odds. His career in Bollywood is also going to be bright this year,” predicts Business Strategist Hirav Shah.