What’s in Store for Champion Swimmer Sandeep Sejal in 2021? 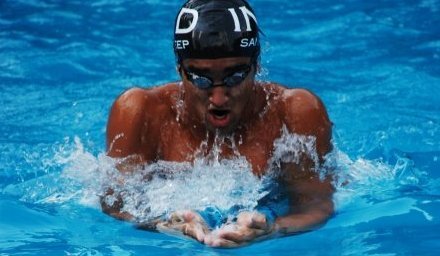 Sandeep won a bronze medal in the 50m breaststroke event at the 2014 Asian Games.

He won the gold medal with a new national record in 50m breaststroke at the 14th Singapore National Swimming Championships, 2018.

He finished 7th in the finals of 50m breaststroke at the 2018 Asian Games.

He is coached by Nihar Ameen in Bangalore. He is supported by the GoSports Foundation, a sports nonprofit organization that aims to promote sporting excellence in India.

Sandeep was awarded the Arjuna award by the government of India by then-president Pranab Mukherjee.

Future of Sandeep Sejal in 2021

Sandeep Sejal is entering the 33rd year of his life, 3+3= 6 which is again ruled by Venus.

Sandeep Sejal’s zodiac sign is Aquarius and is ruled by Saturn.

Sports Astrologer Hirav Shah says, “2021 will be an excellent year for Sandeep Sejal. This year can also bring lots of opportunities and collaboration.