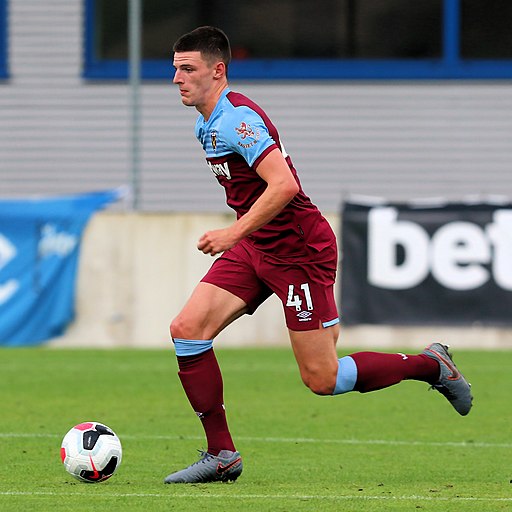 Declan Rice (born 14 January 1999) is an English professional footballer who plays as a defensive midfielder or center-back for Premier League club West Ham United and the England national team.

He started off with Chelsea FC’s youth system. He was called up from West Ham United’s youth squad to their senior squad for the first time for the games against Sunderland and Everton in April 2017.

His grandparents on his father’s side were from Douglas, County Cork. He grew up in Kingston upon Thames.

He finished as runner-up for the 2017-18 Hammer of the Year award behind Marko Arnautovic.

Declan Rice is entering the 23rd year of his life which means 2+3= 5 which is again ruled by Mercury.

2021 adds to 5. His Birth Number is 5. He is entering the 23rd =5 year of his life.
“Career-wise 2021 and 2022 will be one of the most important and Needle movers for Declan Rice where he can aim for the top spot and become as illustrious as David Beckham for England,” predicts Sports Astrologer Hirav Shah.

Difficulties of being a captain of the Indian Football Team.

Neymar’s Meteoric Rise, To Being The Most Expensive Soccer Player !