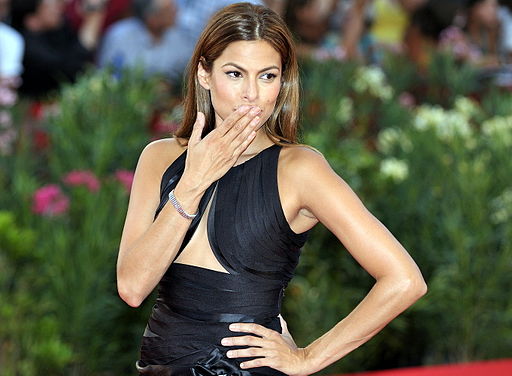 Eva de la Caridad Méndez, born March 5, 1974, known professionally as Eva Mendes, is a former American actress, model, and businesswoman. Her acting career began in the late 1990s, with a series of roles in films such as Children of the Corn V: Fields of Terror (1998) and Urban Legends: Final Cut (2000).

Mendes has appeared in several music videos for artists like Will Smith and has also been an ambassador for brands, including Calvin Klein, Cartier, Reebok, Pantene shampoo, Morgan, and Peek & Cloppenburg. She has designed for New York & Company and is the creative director of CIRCA Beauty, a makeup line sold at Walgreens. She has been in a relationship with Canadian actor Ryan Gosling since 2011, and they have two daughters.

Eva Mendes’ lucky numbers are 5 and 6

“2021 is a year of work and development. It’s “nose to the grindstone” time. It’s a time to pay special attention to practical matters. It’s high time for her to get back what she does the best, ACTING! Her millions of fans want to watch her kicking some solid ass on the big screen,” says noted Hollywood Astrologer Hirav Shah.