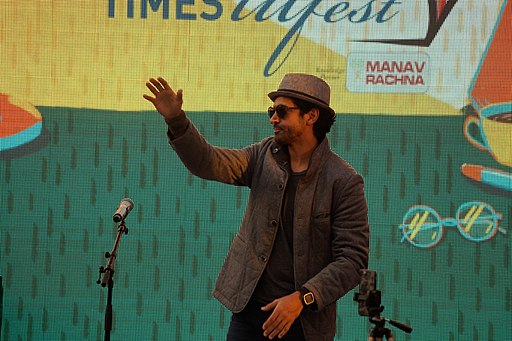 Farhan Akhtar (born 9 January 1974) is an Indian film actor, director, screenwriter, playback singer, producer, and television host. Born in Mumbai to screenwriters Javed Akhtar and Honey Irani, he grew up under the influence of the Hindi film industry. He began his career in Bollywood by working as an assistant director in Lamhe (1991) and Himalay Putra (1997).

Akhtar, after establishing a production company named Excel Entertainment along with Ritesh Sidhwani in 1999, made his directorial debut with Dil Chahta Hai (2001) and received critical acclaim for portraying modern youth. The film also won a National Award. Following it, he made the cult war film Lakshya (2004) and had his Hollywood debut through the soundtrack of Bride and Prejudice (2004), for which he wrote the lyrics. He went on to make the commercially-successful Don (2006). He directed a short film titled Positive (2007), to spread awareness on HIV-AIDS.

Although he initially started his acting career with The Fakir of Venice, his official debut was with Rock On!! (2008), for which he won a second National Award for Best Feature Film in Hindi as a producer, and indulged in further experimentation before he wrote the screenplay (dialogues), produced and acted for the critical and commercial success Zindagi Na Milegi Dobara (2011), which won him 4 Filmfare Awards, including Best Supporting Actor. In the same year, he directed a sequel to Don titled Don 2 (2011), which remains his highest-grossing film to date. He achieved further success by portraying Milkha Singh in the 2013 film Bhaag Milkha Bhaag, earning him the Filmfare Award for Best Actor. In 2016, Akhtar received praise for starring in the crime thriller Wazir and the ensemble comedy-drama Dil Dhadakne Do.

Future of Farhan Akhtar in 2021

Farhan’s zodiac sign is Capricorn and is ruled by Saturn.

His personal life will be steady with his girlfriend Shibani Dandekar and most probably both will tie the knot in 2021, also suggests that it’s high time for Farhan to return as a director and he may announce a movie with Shah Rukh Khan which fans are waiting for like crazy.”

How Team Building Activities Can Increase The Productivity of your Employees?