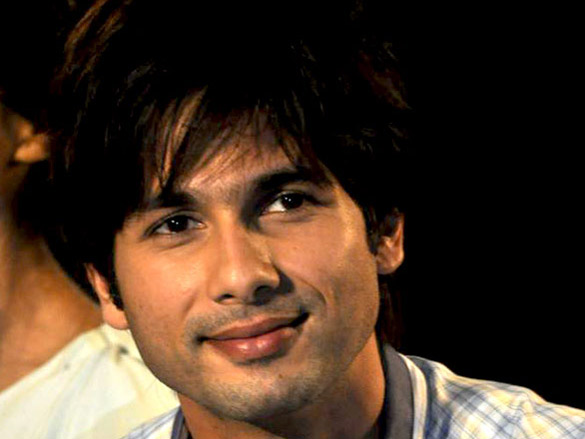 Shahid Kapoor, born 25 February 1981, is one of the biggest stars of Indian cinema with exceptional talent. Initially recognized for portraying romantic roles, he has since taken on parts in action films and thrillers and is the recipient of several awards, including three Filmfare Awards.

The son of actors Pankaj Kapur and Neelima Azeem, Kapoor was born in New Delhi. His parents separated when he was three, and he continued living with his mother. They moved to Mumbai when he was 10, where he joined Shiamak Davar’s dance academy. Kapoor appeared as a background dancer in a few films of the 1990s and was later featured in music videos and television commercials. He made his film debut in 2003 with a leading role in the romantic comedy Ishq Vishk, a sleeper hit for which he won a Filmfare Award for Best Male Debut. He followed it with roles in several commercial failures before starring in Sooraj Barjatya’s top-grossing family drama Vivah (2006).

Kapoor earned nominations for the Filmfare Award for Best Actor for portraying a troubled businessman in Imtiaz Ali’s romantic comedy Jab We Met (2007) and twin brothers in Vishal Bhardwaj’s thriller Kaminey (2009). After appearing in another series of unsuccessful films, he starred in the action film R… Rajkumar (2013). Kapoor received critical acclaim for portraying the Hamlet character in Bhardwaj’s tragedy Haider (2014) and a drug-abusing singer in the crime drama Udta Punjab (2016). For the former, he won a Filmfare Award for Best Actor, and for the latter, he won a Filmfare Critics Award for Best Actor. Kapoor’s highest-grossing releases came with the period drama Padmaavat (2018) and the romantic drama Kabir Singh (2019).

In addition to acting, Kapoor supports charities, hosts award ceremonies, and has featured as a talent judge on the dance reality show Jhalak Dikhhla Jaa Reloaded (2015). He is married to the housewife Mira Rajput, with whom he has two children.

Future of Shahid Kapoor in 2021

“From the starting of the year, Shahid may see positive changes in his acting career and in his new films. He may receive the desired success by developing new connections in his professional life.

15th June to 15th August 2021, during this time, Shahid may receive an array of new opportunities to work on new projects. His income sources may increase with time. The actor is likely to receive the expected support from his friends and family, meaning that he will enjoy his personal life,” says noted Bollywood astrologer Hirav Shah.

“His next movie Jersey releasing in Diwali 2021 will win him great accolades and also a box-office success. He should sign projects that will elevate his stardom after the blockbuster success of ‘Kabir Singh’,” predicts Bollywood Astrologer Hirav Shah.