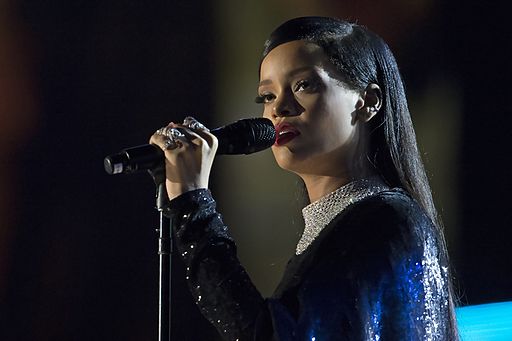 Robyn Rihanna Fenty, born February 20, 1988, is a Barbadian singer, actress, and businesswoman. Born in Saint Michael and raised in Bridgetown, Barbados, Rihanna was discovered by American record producer Evan Rogers who invited her to the United States to record demo tapes.

After signing with Def Jam in 2005, she soon gained recognition with the release of her first two studio albums, Music of the Sun (2005) and A Girl like Me (2006), both of which were influenced by Caribbean music and peaked within the top ten of the US Billboard 200 chart. Rihanna’s third album, Good Girl Gone Bad (2007), incorporated elements of dance-pop and established her status as a sex symbol in the music industry. The chart-topping single “Umbrella” earned Rihanna her first Grammy Award and catapulted her to global stardom. She continued to mix pop, dance, and R&B genres on her next studio albums, Rated R (2009), Loud (2010), Talk That Talk (2011), and Unapologetic (2012), which became her first Billboard 200 number one. The albums spawned a string of chart-topping singles, including “Rude Boy”, “Only Girl (In the World)”, “What’s My Name?”, “S&M”, “We Found Love”, “Diamonds”, and “Stay”. Her eighth album, Anti (2016), showcased a new creative control following her departure from Def Jam. It became her second US number-one album and featured the chart-topping single “Work”. Rihanna has released collaborative hit singles with artists such as Drake, Eminem, and Calvin Harris.

With sales of over 250 million records worldwide, Rihanna is one of the best-selling music artists of all time. She has earned 14 number-ones and 31 top-ten singles in the US and 30 top-ten entries in the UK. Her accolades include nine Grammy Awards, 13 American Music Awards, 12 Billboard Music Awards, and six Guinness World Records. Forbes ranked her among the top ten highest-paid celebrities in 2012 and 2014; as of 2019, she is the wealthiest female musician, with an estimated net worth of $600 million. Time magazine named her as one of the 100 most influential people in the world in 2012 and 2018.

Aside from music, Rihanna is known for her involvement in humanitarian causes, entrepreneurial ventures, and the fashion industry. She is the founder of the nonprofit organization Clara Lionel Foundation, cosmetics brand Fenty Beauty, and fashion house Fenty under LVMH. Rihanna has also ventured into acting, appearing in major roles in Battleship (2012), Valerian and the City of a Thousand Planets (2017), and Ocean’s 8 (2018). She was appointed as an ambassador of education, tourism, and investment by the Government of Barbados in 2018.

Rihanna’s recent support of the Farmers’ protest has been much appreciated by the liberal but has hit the wrong note with the people who support the ruling government. Career-wise, she will explore new grounds and will be as usual super successful.

“2022 and 2023 will be game changer years for Rihanna”, predicts Hollywood Astrologer Hirav Shah.