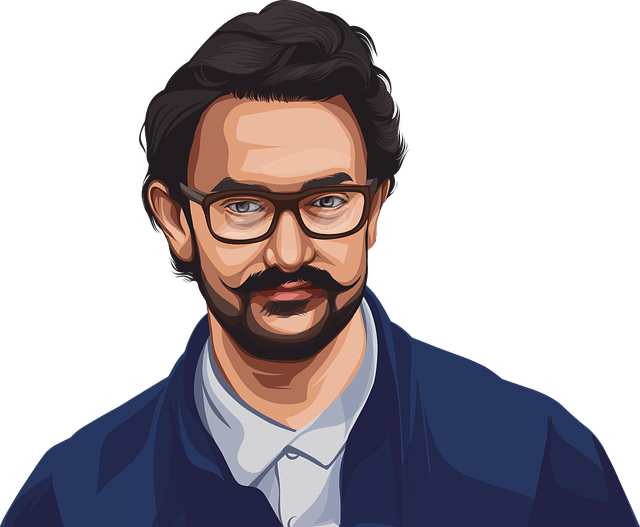 Mohammed Aamir Hussain Khan, born 14 March 1965, is an Indian actor, director, filmmaker, and television talk show host. Through his career spanning over 30 years in Hindi films, Khan has established himself as one of the most popular and influential actors of Indian cinema. He has a large global following, especially in India and China, and has been described by Newsweek as “the biggest movie star” in the world.

Khan is the recipient of numerous awards, including nine Filmfare Awards, four National Film Awards, and an AACTA Award. He was honored by the Government of India with the Padma Shri in 2003 and the Padma Bhushan in 2010 and received an honorary title from the Government of China in 2017. For years, he has been regularly listed as one of The 500 Most Influential Muslims of the world.

Khan first appeared on screen as a child actor in his uncle Nasir Hussain’s film Yaadon Ki Baaraat (1973). As an adult, his first feature film role was in the experimental film Holi (1984). He began a full-time acting career with a leading role in Qayamat Se Qayamat Tak (1988). His performance in Raakh earned him a National Film Award in the Special Mention category.

He established himself as a leading actor in Hindi cinema in the 1990s by appearing in a number of commercially successful films, including Dil, Raja Hindustani—for which he won his first Filmfare Award for Best Actor—and Sarfarosh. He also played against type in 1947: Earth.

In 1999 he founded Aamir Khan Productions, whose first film, Lagaan (2001), was nominated for the Academy Award for Best Foreign Language Film, and earned him a National Film Award for Best Popular Film and two more Filmfare Awards (Best Actor and Best Film).

Khan won his third Best Actor award at Filmfare for Dangal. His films are known for dealing with social issues in Indian society, and they often combine the entertainment and production values of commercial masala films with the believable narratives and strong messages of parallel cinema.

Khan is an activist and humanitarian and has participated and spoken out for various social causes, some of which have sparked political controversy. He is the lead donor of the IPS media foundation that has funded Indian news websites like Scroll.in, The Wire and many others. He created and hosted the television talk show Satyamev Jayate, through which he highlights sensitive social issues in India, occasionally influencing the Indian parliament.

His work as a social reformer, tackling issues ranging from poverty and education to abuse and discrimination, earned him an appearance on the Time 100 list of most influential people in the world. Khan was married to his first wife, Reena Dutta, for fifteen years, after which he married film director Kiran Rao. He has three children—two with Dutta, and one with Rao through surrogacy.

Aamir Khan’s lucky numbers are 5 and 6.

“According to the position of planets in his Kundali, Aamir Khan’s new project Laal Singh Chaddha, a remake of Forrest Gump, may face some initial challenges. He may undergo some ups and down that might be the reason for his mental stress. But things will finally fall into place and the film will turn out to be successful but will not surpass his last hit movie Dangal. Aamir Khan is all set to star in the biopic of Gulshan Kumar titled Mogul, which will be a very challenging task for the perfectionist,” says noted Bollywood Celebrity astrologer Hirav Shah.

“Though Aamir lacks the fan-following of Shah Rukh or the charm of Salman Khan, he still commands a huge box-office pull because he has the trust of the movie-going audience. So, he has to make sure he doesn’t repeat mistakes like Thugs of Hindostan and Secret Superstar,” adds Celebrity Astrologer Hirav Shah.

Significance Of Bowling Action In Cricket !