Birthday Predictions: What does the Year 2021 have in store for Bella Thorne? 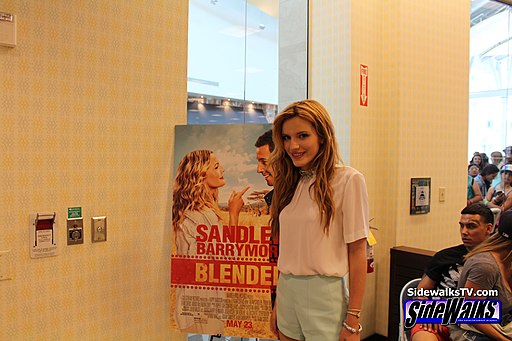 Born on October 8th, 1997, as Annabella Avery Thorne, in Pembroke Pines, Florida, the 23-year-old star is already an actress, singer, model, and music video director. She started her career at an age of only 8 when she appeared as a model.

In 2008, Bella Thorne played Ruthy Spivy in the My Worst Enemy TV series and Rancy Henrickson in Big Love in 2010. She gained popularity with her role as CeCe Jones in the Shake It Up Disney series, which ran from 2010 to 2013.

Belle Thorn’s parents, Tamara and Delancey Reinaldo Tey Thorne, have three other children apart from her, and they are all actors as well.

Baby Bella was only 6 weeks old when she was featured in Parents Magazine. Since then, she has been on the covers of the numerous US and international magazines and catalogs.

Despite the fact that she has had a successful career already and is only 23 years of age, Bella Thorne is often in the spotlight for not-so-favorable reasons, including scandalous social media posts and her relationships.

Hirav Shah predicts, “2021 will be a Number Five year for her. Ruled by Mercury. It’s going to be a very positive and opportunity given year for her. This is a year of discovery and freedom. It’s a time when exploration and reaching out to others brings opportunities. It’s a good time to advertise, promote, and sell. Surprises are in store, and the routine is broken for the better. This is a year when exciting relationships can be formed; or, if she is already in a partnership, new life is breathed into the relationship.

Wishing the very talented and gorgeous Bella Thorne a wonderful and prosperous Birthday.