2021 is going to be a Super TRIPLE Dhamaka for Virat Kohli, Predicts Hirav Shah 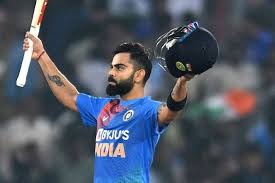 Birthday Predictions: Will Virat Kohli Score a Century or Get Hit-wicket in 2021? 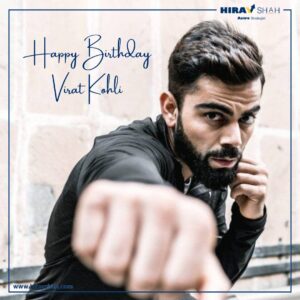 Widely regarded as the best batsman of his generation, Virat Kohli has been impressing everyone since leading India to glory in the Under-19 World Cup at Kuala Lumpur in 2008. 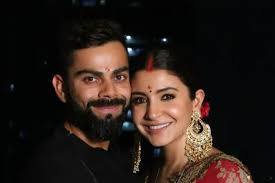 Virat Kohli’s father, Prem Kohli worked as a criminal lawyer and his mother, Saroj Kohli, is a housewife. He has two older siblings, a brother, Vikas and a sister, Bhavna. Kohli’s father ensured that Virat got proper training in cricket and supported his cricket during his childhood. Virat lost his father in 2006 due to a stroke. Kohli tied the knot with Bollywood actress Anushka Sharma (born on 1 May 1988) in 2017. In August 2020, Virat Kohli and Anushka Sharma announced that they were going to be parents soon.

Virat Kohli made his debut for the senior national side against India in 2008. His performance soon made him a regular in the squad and earned him a spot in the 2011 ICC World Cup. The same year he made his Test debut. The next year he was appointed the vice-captain of the ODI team and in 2014, he was given the Test captaincy following Dhoni’s retirement from Tests. In 2017, Dhoni stepped down from the position of the ODI captain, and Virat was passed on the baton.

With numerous awards and records to his name, combined with consistently great performances has surely put Virat Kohli in the league of one of the best batsmen especially in limited over cricket.

Virat Kohli is entering the 33rd year of his life, 3+3 =6 which is again ruled by Venus.

5 and 6 are the favorable numbers for Birth Number 5. 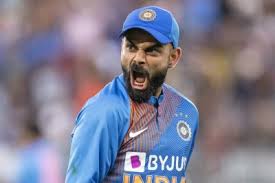 2021 is going to be a super duper year with triple dhamaka for Virat Kohli and Indian Cricket, predicts Hirav Shah.

At last, Virat Kohli can relax and enjoy the success and the results of the hard work Virat Kohli has been doing for a long time.

According to Hirav Shah, this period will also bring Virat Kohli into the midst of famous people. Winning games on foreign lands will build Virat Kohli’s status. Virat Kohli will get happiness from his life partner too. 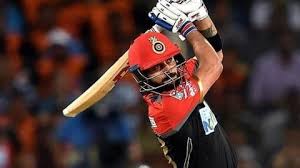 Virat Kohli has been captain of RCB since 2013.

Talking about IPL and RCB’s performance this year, Astro- Strategist Hirav Shah Predicted About RCB’s Qualifies Before The Start of IPL 2020

Cricket fans from all around the country can be seen showing their immense support to their respective favorite teams and this year we witnessed something that never happened in the last four years.

Yes…we are talking about Royal Challenger Bangalore qualifying for the playoffs for the first time after 2016. Though it was a sweet surprise for all the RCB fans, a renowned Astro Strategist Hirav Shah predicted this to happen a month before the start of the league.

Hirav tweeted in the month of August 2020 about his prediction of RCB making it to the playoffs this year and we all can see his prediction coming true. His tweet and post read, “I have some good news for #RCB Fans!

Hirav Shah has been India’s numero uno Astro-strategist for years and has consulted eminent people from different industries and professions. He is associated with a bunch of big Bollywood films that are expected to hit the screens early next year as an Astro-strategist. Several prominent people from the industry have consulted him on numerous occasions on the strategies making and to take his Astro Strategic opinion for the films and different projects. And, his advice has always proved to be beneficial for them. His advice, thus, is all the more important now as the film industry is grappling with a never-seen-before adverse situation.

Mr. Hirav Shah has not commented anything about the finals of this exciting tournament but nonetheless, RCB fans get to celebrate this moment after a long wait. Let’s see which team takes the trophy away.

Hirav Shah wishes Virat Kohli the best of everything. Be it his health, new responsibilities as a father and captain, or the strength to take RCB over the line this year. Chapter No. 33 begins for Virat Kohli, shouldering India’s cricketing dreams and carrying that furious intensity for which he is known. Happy Birthday, Virat Kohli!