Will Nawazuddin Siddiqui Ever Bag A Hollywood Film? 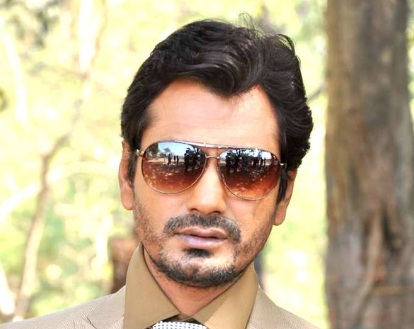 2022 will be the year for Nawazuddin Siddiqui to work in Hollywood Predicts Hirav Shah. 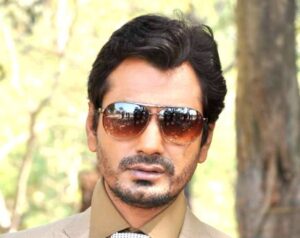 Nawazuddin Siddiqui, is one of the most acclaimed actors of Bollywood and he has made it on his own by his immense talent, hard-work and an unquenchable thirst for acting.

Nawazuddin Siddiqui was born on 19th May 1974(46 years) in a small village Budhana, of Muzzafarnagar district, Uttar Pradesh. He is a Birth Number 1 person. He is running his 47th year.

Siddiqui didn’t have much scope for education. But somehow he along with his siblings (7 brothers with 2 sisters), managed to complete their education and moved out from that place as their village was known for only three 3G’s: Gehu (Wheat), Ganna (Sugarcane) and Guns.

After moving out to a city, Nawazuddin Siddiqui completed his graduation from Haridwar & started working as a chief chemist in Baroda to support his family. But his dreams were much bigger than his family could afford. He didn’t want to settle for less. Nawazuddin’s interest was in theatre, so he moved to Delhi & joined some theatre group. Since there was hardly any money in theatre, he opted for a watchman’s job and at the same time continued to pursue his dreams. After that he enrolled himself in National School Of Drama, to furnish his acting skills. He passed out from NSD in 1996 and finally moved to Mumbai.
Just like many others, his journey to become an actor in Mumbai was not at all easy. His friend used to criticise him and say “Kya Hero Banega”. Mumbai drained him financially. He ran from pillar to post for a break in the film industry. He asked his NSD senior for accommodation, for which he agreed but Nawazuddin had to cook twice a day for it. For 4-5 years, he worked in small roles & crowd scenes. He got a ‘blink and miss’ role in Sarfarosh in 1999, which made him slightly famous but got him no substantial recognition.

The first major role Siddiqui got in Bollywood, was in Anurag Kashyap’s movie: The Black Friday (2007). Next, he played a major role in Patang, which made it to the Berlin International Film Festival and Tribeca Film Festival.

However, a little recognition he got was from the movie Peepli Live, where he played a journalist’s character. The year 2012 was a turning point for him as he got a good response and recognition for his work in Gangs Of Wasseypur(1 & 2).

His work was so good in that movie that the whole film fraternity recognised his potential & appreciated him for it. Nawazuddin Siddiqui never looked back & one after other, came his remarkable roles in films like Talaash, Badlapur, Lunchbox, Kick, Raees, Bajrangi Bhaijaan, the Oscar-nominated “Lion” and the list goes on and on.

Siddiqui is best known for his roles in The Lunchbox (2013), Manto (2018), and Raman Raghav 2.0. Siddiqui is the only actor in the world to have 8 films officially selected and screened at the prestigious Cannes Film Festival.He has starred in two Emmy nominated series, Sacred Games (2019)and United Kingdom’s McMafia.

The actor recently made it to the news, when he extended gratitude towards fans for showering love on his much-acclaimed Netflix movie, Serious Men. In his note, the actor thanked fans for making the film a ‘huge success’.

Is Hollywood In The Pipeline for Nawazuddin Siddiqui ?

In an interview, Nawazuddin Siddiqui mentioned that ‘Hollywood validation’ is still needed in India. More so, in his interview, Nawazuddin Siddiqui mentioned that he has been offered several Hollywood films, however, the actor confessed that these projects are not ‘materialising’.
If you are wondering, if Nawazuddin will ever bag a major role in a Hollywood Film, then hang in there !!
Celebrated Astro Strategist™, Movie Strategist and The Top Film Adviser and Influencer for Bollywood and Hollywood, Hirav Shah quotes,
Yes and A Big Yes !!
In 2022(In His 49th Year), He Will Make It In Hollywood In A Major Role.

Hirav Shah concludes by saying,
When Nawazuddin’s life changed dramatically, why can’t others’ lives too !
Well, firstly, you need to have CLARITY on where you want to go, says Hirav Shah.
So, is this enough since times are not very favourable today !!
No, there’s more…, adds Shah.

You need GUIDELINES on what are the CHANCES of REACHING there and
ASTRO-STRATEGY only, can GUIDE and HELP you conquer all obstacles to become INVINCIBLE, thereby changing your life DRAMATICALLY.

Discussing How Gratitude Helps in Improving Mental and Physical Health