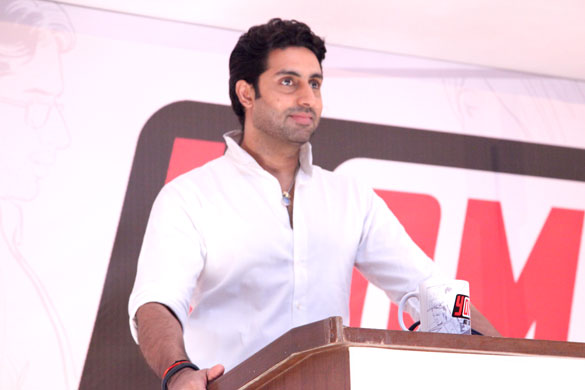 Many people are asking about the future of Abhishek Bachchan ……ji haa GURU bhai ….

What about his upcoming film The BIG BULL ? Will it be successful ?

What Astrology and Numerology says

The best advice for Number 5 is to keep busy yourself in constructive activities. Music, Chess, Meditation etc helps a lot to increase concentration and patience, says Astro Strategist Hirav Shah.

5 and 6 are the lucky numbers for Number 5 people.

There is some similarity between Amitabh Bachchan and Abhishek’ s career. they both had a few flops in the beginning before they got recognition.

Will Abhishek Bachchan be able to make it big again in Bollywood?

Upcoming years may give him a good platform to perform his talent.

As per Astro Strategist Hirav Shah, Number 5 people can come back very easily. They like challenges. They like speculations. They also like to give surprises to the world. Explaining the comeback capabilities of Number 5 people .

Now let’s talk about his future in Bollywood

1. The fate of any film depends on the stars and makers of the movie,

1. The stars/ planet/ numbers are in favour that Abhishek will make it big but it will depend on the release date and year. The Birth Details of co-stars and their planets too.

Couple of Predictions for Abhishek Bachchan

Yes This is the time for Abhishek Bachchan

1. As per Numerology, His upcoming Film “The Big Bull” the biopic of Harshad Mehta adds to Number 7- number of Ketu, will be HIT on OTT platform and that will be a game changer for Abhishek Bachchan says Astro Strategist Hirav Shah. Just imagine his very successful movie GURU….ya …Guru bhai ala …..

2. Abhishek will be able to sign a few good film projects and some advertisements too as a Brand Ambassador in 2021 and 2022.
3. Even his wife Aishwarya Rai Bachchan will also enter into a positive phase of life so it will surely help Abhishek Bachchan also.

4. His “The Big Bull” movie will do well on OTT platform and from the second week it will start performing better.