Top 5 Indian Male Golf Players Who Can Inspire You in 2021 ! 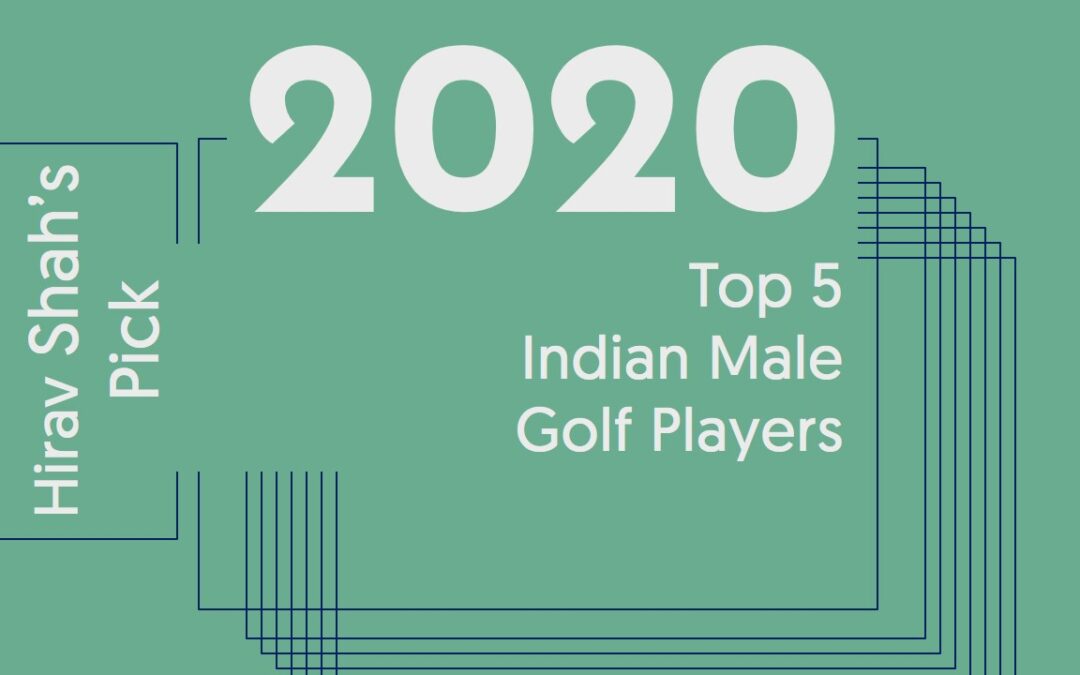 Golf is not just a sport but a physical activity that also requires mental and emotional discipline says India’s most influential Sports Strategist Hirav Shah, whose answers have had a positive and magical impact across all business sectors, explains the relation between life and Golf.

At the professional level, tournament golf can be some of the most exciting, compelling action you will ever see. It is here you see the very best players in the world display the talent that allows them to make a living playing golf. You see the mental toughness of someone hanging on to finally win. You see players put on a clinic of driving or putting or chipping. You see players play like champions for the first three rounds, only to fall apart on the final day.

And then there are the stories. The young newcomer won for the first time on tour. The veteran tour player that hasn’t won in many years, who finds his form again and becomes a winner once more. The player who is dealing with personal issues yet still manages to play well enough to finish strong, if not outright win.

Golf gives you everything you would want from a sport. The more you know about golf, the more you can appreciate all that it has to offer.

On that note, let’s take a look at the Sports Astrologer Hirav Shah’s list of top 5 Indian Male Golfers who have already fired up their future and hence can inspire you in 2021.

Jeev Milkha Singh (born 15 December 1971) is an Indian professional golfer who became the first player from India to join the European Tour in 1998. He has won four events on the European Tour, becoming the most successful Indian on tour. He was the first Indian golfer to break into the top 100 of the Official World Golf Ranking in October 2006.

His father is legendary athlete Milkha Singh. Jeev picked up the sport from his father Milkha, who used to play golf on a friend’s persistence after retirement. Jeev made a career out of golf and became the poster boy of the sport in India.

He is the first Indian golfer to enter top 50 in world golf. In 2008, he was ranked 12th in the European Tour Tournament. In the same year, he topped the Asian Tour Order of Merit. He was honoured with the Arjuna Award in 1999 and Padma Shri in 2007. He has a tournament – Jeev Milkha Singh Invitational – named after him.

Arjun Singh Atwal (born 20 March 1973) is an Indian professional golfer who has played on the Asian Tour and the European Tour and is the first player born in India to become a member of, and later win a tournament on the U.S.-based PGA Tour.

He has a long list of achievements. He won the European Tour Order of Merit event, the first Indian golfer to achieve such a feat. He is the first Indian golfer to earn US PGA Tour membership and second after Jeev Milkha Singh to become a member of the European tour. In 2003, he topped the Asian Tour Order of Merit. He won the Hero Honda Masters tournament in 2000. He was conferred with Arjuna Award in 2007 for his achievements in golf.

Anirban Lahiri (born 29 June 1987) is an Indian professional golfer who currently plays on the Asian Tour and PGA Tour.

He is also an Arjuna awardee, winning the honour in 2014. He has a total of 21 tour wins. He has 2 European Tour wins, 7 Asian Tour wins and 12 wins in other tours. He was named the Asian Player of the year in 2014. In 2015, he topped the Asian Tour Order of Merit. He has recorded 18 professional wins and attained the highest ranking of 33.

Shubhankar Sharma (born 21 July 1996) is a professional golfer from India. In December 2017, he recorded his first tour win in the Joburg Open and followed this with a second win at the Maybank Championship in February 2018. He studied at Bal Bhawan School, Bhopal.

He is just 24, but making his mark in Indian golf steadily. His achievements on the golf course in his brief career has already earned him the Arjuna Award in 2018, and thus becoming the youngest Indian golfer to be honoured with this award. He has won 2 European Tour titles, and 2 Asian Tour titles. He has 8 professional wins of his career. He has also won the Asian Tour Order of Merit like his seniors. 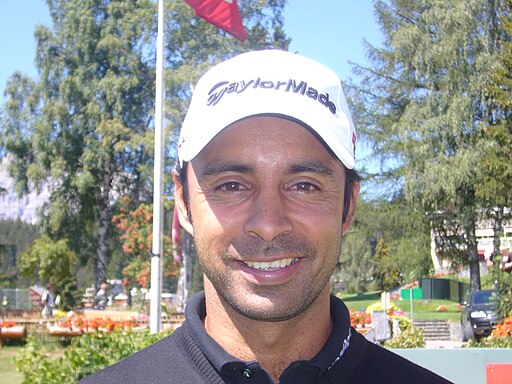 Jyotinder Singh Randhawa (born 4 May 1972) is an Indian professional golfer. He played on the Asian Tour where he won eight times between 1998 and 2009. He was ranked in the top 100 of the Official World Golf Ranking several times between 2004 and 2009.

Randhawa turned professional in 1994. He plays on the Asian Tour, having played on the European Tour from 2005 to 2010. In 2002, he finished top on the Asian Tour money list. His best finish on the European Tour was tied second in the 2004 Johnnie Walker Classic and a solo second finish at the 2007 Open de España. He is one of the top players of India,who can definitely inspire us in 2021.

So, now we know about these incredible sportsmen but have we realised what is common amongst all?
Well, it is perseverance and endurance !!

It is said- “As long as we persevere and endure, we can get anything we want “, which essentially means we can be Victorious with our potential and capability.

On that note, Celebrated and Influential Sports Strategist, Hirav Shah, being a State and National Level Player in Volleyball and Chess himself, and understanding today’s scenario and trying times, asserts