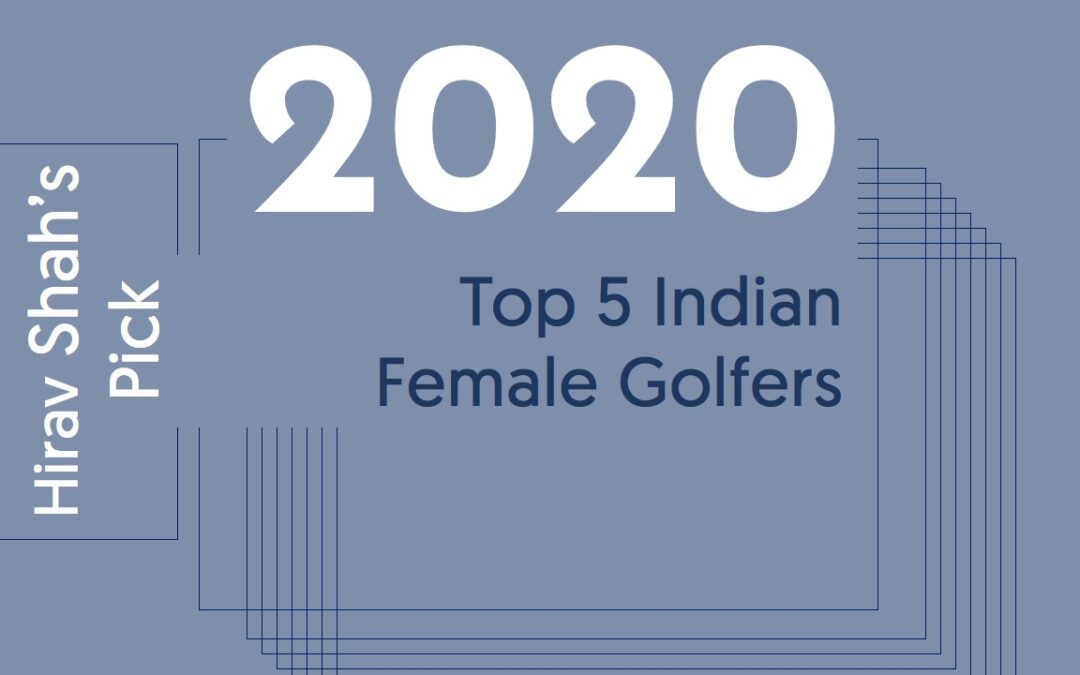 Sports Astrologer Hirav Shah who has been instrumental in shaping careers and businesses in all sectors shares his unique insights on Golf. Hirav Shah says, Golf is an individual sport in which you test yourself against yourself rather than a team sport.

The challenge of golf comes from the ability to master your thoughts, your body, and the environment. It’s a highly intellectual game.

Golf requires total concentration, almost meditation since you need to keep your head still and your hands steady. External noises, internal thoughts, emotion can distract you from performing well.

Given a mind and body that is well-trained and controlled, the game involves many tests as well.

The best part about golf is that people can play it from the age of 3 or 4 until they are in their 90s.

While we are at Golf now, let’s quickly discuss about the top 5 Women Golf Players of our country who have made to the ‘Hirav Shah’s List’

Tournaments can be won with physical agility, but Golf is a game of mind, emotion & tremendous composure, and all of that in just a matter of 20 seconds.
If there is one Athlete in India, who has mastered this art, it is the current India’s Ranked #1 Women Golfer – Vani Kapoor (born 6th Jan, 1994) in Delhi.

She is the only Indian Women Golfer to win a card at the Australian Ladies PGA tour. With more than 28 titles to her name, the DLF Ambassador has changed the game’s perspective of being a rich man’s sport. Coming from a middle class family, competing against the rich, Vani has established herself as the face of Indian Golf.

Amandeep Drall(born 14th September 1992) in Punjab, was ranked number 3 as an amateur in 2013-14 and won a couple of amateur events as well. Who knew she would show such extraordinary consistency and even better focus, to become the number 2 female player in the whole of India, after 7 years !

Saaniya Sharma(born-March 26, 1986) has been a professional Golfer since last 13 years. Today she is also a coach and a referee.

She carded two-over 73 on the final day to end the 25-month long title drought at the 11th leg of the Hero Women’s Professional Golf Tour. Also, she was the lone Indian to make the cut at Sanya Ladies Open in China in 2017.
Today she is ranked 3 in the Hero Order Of Merit 2020.

Neha Tripathy(born 20th Feb, 1992) is the number 4 female golfer of the country. Her father was an army officer who inspired her to take up Golf. She had said in an interview that Golf gave her a lot of peace and she could focus on things better after becoming a pro-player.

Getting Ladies European Tour Card in 2016 for the year 2017-18 was her biggest achievement. She couldn’t keep up my card due to a lot of reasons but in 2018, shooting a 10-under was the best thing that had ever happened to her, and then winning the tournament by 14 shots. It was kind of crazy and it was one of the best golf tournaments that she had played.
Today she is ranked 4 in the Hero Order Of Merit 2020.

Grip it and rip it!” seems to be the mantra of Pranavi Urs, a fearless youngster from the heritage city of Mysore. This golfing sensation has taken a leap towards the professional circuit; confident of enhancing her illustrious amateur career.

Pranavi Urs is creating such a significant impression on the golf course that finding space to showcase her trophies at home is becoming a challenge. Considered as a top contender in every event she competed since she was seven, this lanky 17 year-old has her goals set high and firm.

She won the second and third legs of the 2020 Hero Women’s Pro Golf Tour.
Also, she recently became the only player in the history of Indian golf to have back-to- back wins on the professional tour both as an amateur and a pro.

While golf teaches us to be focused, is it practical to be focused in such trying times when we don’t know what’s lying in store for us in the coming months !!

In this environment of doubt, it’s recommended to take a 2nd expert opinion. Meanwhile, we should be thankful that Hirav Shah, India’s top Astro-Strategist, has shared his valuable Astro-Strategic Opinion which is mentioned below-