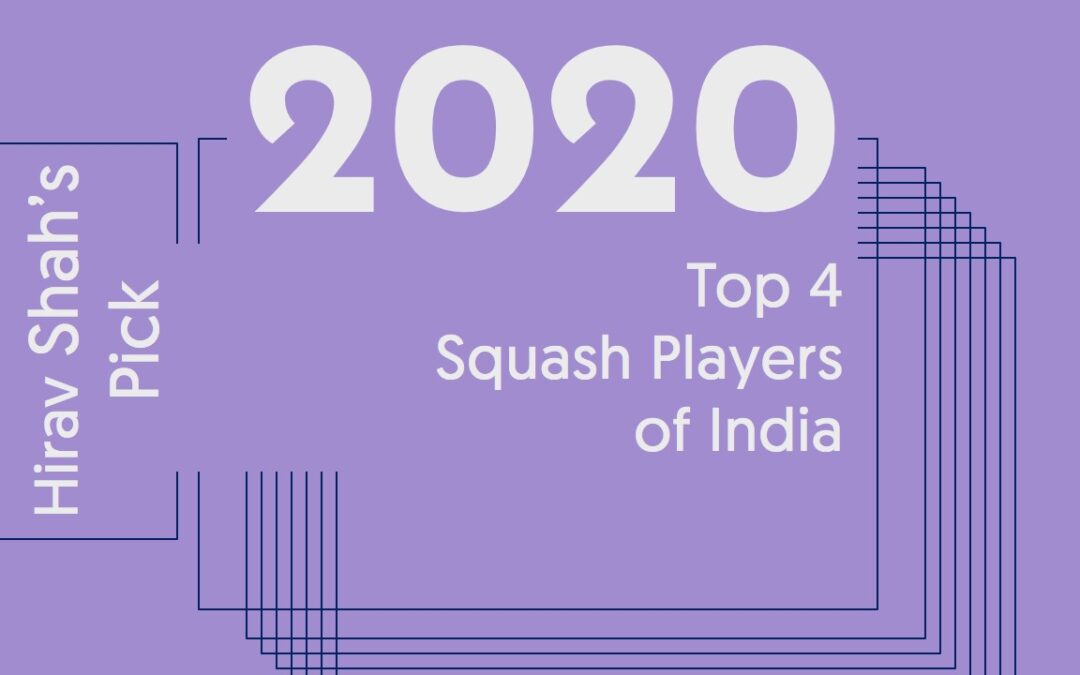 Squash is a popular recreational sport in India, and is gaining popularity as a competitive sport. It is a formidable racket sport which requires years of practice and talent along with top notch stamina and athleticism says Hirav Shah, the most influential Sports Strategist, business strategist and astro-consultant, whose answers have benefited sportsmen and every department of sports immensely shares his opinion about Squash players in India.

Squash is governed by the Squash Rackets Federation of India. The India men’s national squash team has participated in three quarter finals of the World Team Squash Championships since 1967.

Squash has mostly been a fringe sport in India with the majority of people thinking it to be for the more privileged few of the country. However, the perception has changed in recent times and a strong bunch of players have come in to make India a formidable force while also increasing the awareness of the sport.

Here we look at the most famous Indian squash players along with some of their accomplishments, who have made it to the ‘Hirav Shah list’ finally. 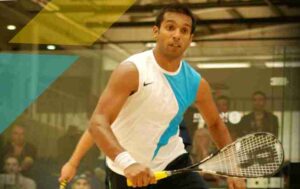 Ritwik Bhattacharya (born 14 October 1979 in Pathankot) is a squash player from India.
The flag bearer of Indian Squash on Professional Squash Association tour rock was the first of the accomplished junior players who brought great momentum in the Indian squash scene.

Trained in England for five years under Coach Neil Harvey, Ritwik was once India’s highest ranked squash player (until superseded by Saurav Ghosal in 2013) and also its most successful with nine PSA tour titles till date. His highest world ranking was #38 in November 2008. He was the first Indian to break into the top 50 of the PSA World Rankings (May 2006).

He was the finalist at the World Doubles 2004 (Team India, partner: Saurav Ghosal).

Has earned more than 70 caps playing for India and captained the Indian Team to a top 8 finish in the World Team Championships in 2007.
Ritwik who is now out of competitive squash has set up a squash academy START ( Squash Temple and Real Training) which currently trains over 150 tribal children who have never been exposed to sports and hail from economically and educationally poor background from villages in and around Mokashi on the outskirts of Mumbai in India. Trainees at Bhattacharya’s academy are now a regular fixture on the Junior National Circuit.

Saurav Ghosal (born 10 August 1986, in Kolkata, West Bengal) is a professional squash player from India and reached a career-high world ranking of World No. 10 in April 2019. He completed his schooling at Lakshmipat Singhania Academy in Kolkata.

Saurav Ghosal is currently the top dog of Indian squash with a career high ranking of 15, while currently he is ranked 17th in the world. He has been a major revelation in Indian squash with no other Indian coming close to his rankings. Saurav has won 5 titles, besides one gold and one silver at the 2014 Asian Games and three bronze medals before that.

He can easily be called the flag bearer of Indian squash right now and has a lot of records to his credit. Saurav was the first Indian World number 1 at the junior level and also won the junior nationals three times. Ghosal has also reached the farthest in World Championships, making it to the quarters in 2013.

Dipika was the top ranked Indian for a long time. She has won several accolades like the Commonwealth gold (with Joshna) and bronze in singles while also winning a total of 11 titles. She progressed to the quarters of the World Open a few years ago and also has a career high ranking of 10. She was the first Indian to break into the top 10. She is also the recipient of the Arjuna Award and the Padma Shri (first squash player to win this award).

Joshna Chinappa (born 15 September 1986) is an Indian professional squash player. She reached a career-high world ranking of World No. 10 in July 2016. She was the first Indian to win the British Junior Squash Championship title in 2005 in the under-19 category and was also the youngest Indian women’s national champion. She is the current record-holder of most national championship wins, with 18 titles.

What is that one thing that binds all the players who have made it to ‘The Hirav Shah List’?

Well they are doing what unsuccessful players are unwilling to do -says India’s top Business Strategist and Astro-Consultant, Hirav Shah.
If we relate this to any other business, it is all the same what Shah just said.
So, to show all of us the right path and the way forward, Hirav Shah has come up with his valuable advisory as mentioned below :

NOW is the time to do the things that you have been wanting to do. Don’t procrastinate and rob yourself of a more compelling future…
What ONE goal will you focus on for a head start in 2021?