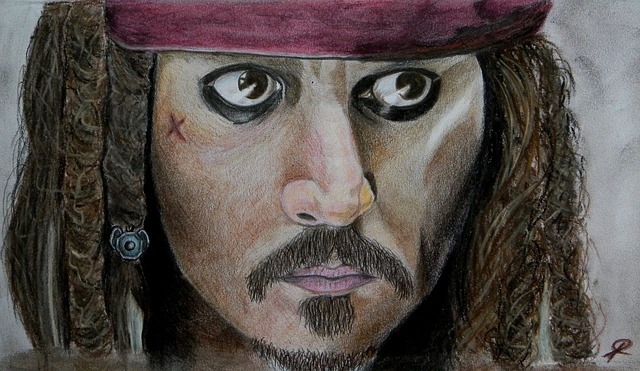 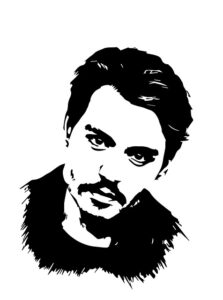 Johnny Depp moved very often during his childhood. He and his siblings lived in more than 20 different places. When he was 12, his mother bought him a guitar as a gift, and Johnny Depp fell in love with music.

As a teenager I was so insecure. I was the type of guy that never fitted-in, in anything. I was convinced, I had absolutely no talent at all. And that thought took away all my ambition too- said Johnny Depp 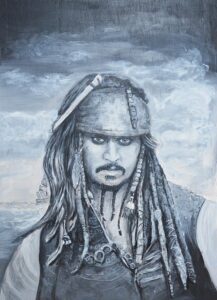 Johnny Depp played for different bands in Los Angeles, but he didn’t accomplish any big success and was barely making anything monetarily. This road was not an easy one.

For a few years he worked really hard to make ends meet. He was doing many odd jobs to earn some money for survival. One of those jobs was even selling pens. For a few months, he even had to sleep in a friend’s car.

Right Thing At The Right TIME
But Johnny Depp’s life changed when his then wife introduced him to Nicolas Cage just at the Right Time, who advised him to pursue an acting career.

Then, what followed was something, not even Depp had even dreamt off.

With “the Pirates of the Caribbean” franchise and his spectacular performance as the iconic Jack Sparrow, Depp became one of the most loved Hollywood actors ever. The movie was a massive success that made Johnny Depp one of Hollywood’s most recognizable faces.
Depp is the tenth highest-grossing actor worldwide, as films featuring Depp have grossed over US$3.7 billion at the United States box office and over US$10 billion worldwide. Depp was listed in the 2012 Guinness World Records as the world’s highest-paid actor, with earnings of US$75 million.He has collaborated on eight films with director, producer, and friend Tim Burton. He was inducted as a Disney Legend in 2015. In addition to acting, Depp has also worked as a musician. He has performed in numerous musical groups, including forming the rock supergroup ‘Hollywood Vampires’ along with Alice Cooper and Joe Perry

Now, didn’t ‘Being At The Right Time or
The Timing Factor, turn out to be magical for Depp?

Yes, and a resounding ‘Yes’ 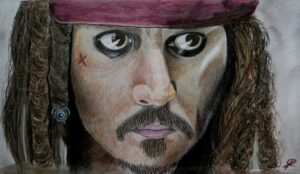 After years of dedication and hard work, with his immense talent and with the Right Timing, Johnny Depp became one of the most successful and popular actors in the world.
Millions of actors, producers, directors and musicians across the world who are struggling, and are yet to reach there must now be pondering !
Will I ever make it to the Top?
How will I be able to envision the pitfalls of Showbiz much beforehand?

Well, moral and astro-strategic support to them is the need of the hour, concludes Hirav Shah.