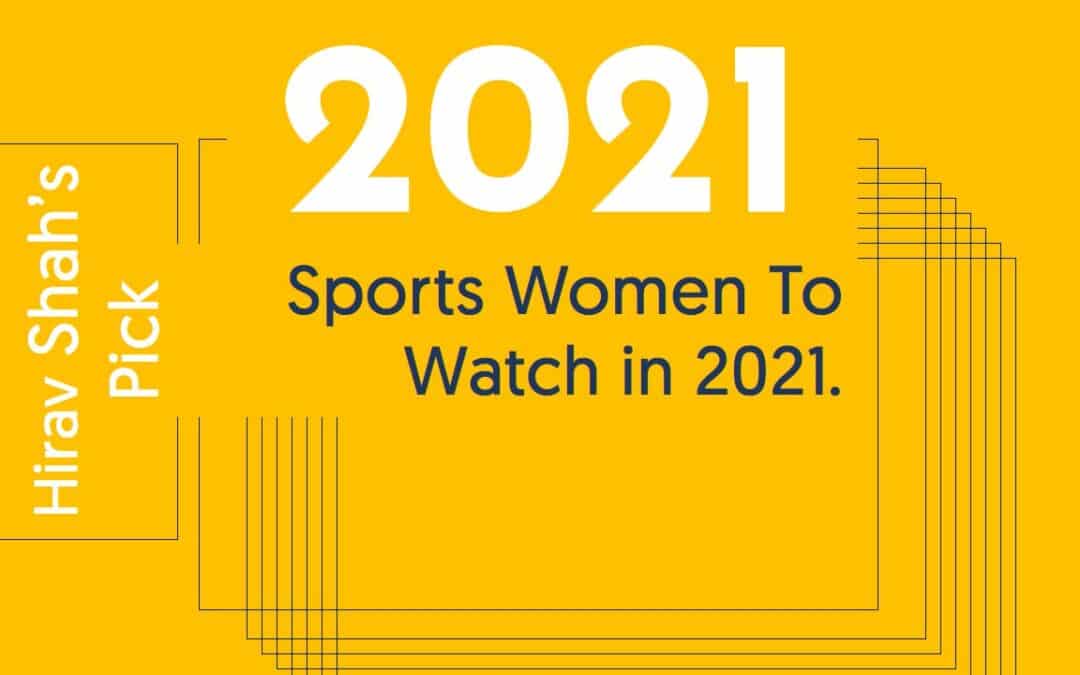 During the last century, women in sports have been making an impact and serving as inspirations to those who wish to accomplish the same.

It started with names like Wilma Rudolph and Billie Jean King but has grown so much more to include the Williams sisters, Megan Rapinoe, and Katie Ledecky.

On that note,leading Sports Strategist and Sports Astrologer Hirav Shah Says, all the iconic sports women in the world, indeed empower women and girls through their wins and achievements.

Sportsmen should remain endowed with all these qualities. The placement and condition of Mars is crucial because this planet denotes valor and courage. A career in sports is awarded by strong and well-placed Mars. Strong third lord and malefic planets placed in the third house are good for success in sports.

The basic parameters of success remain the same for sportsmen. Exalted planets, “rajya yogas” and other benefic “yogas” in the horoscope help a genuine sportsperson to achieve success and stardom.

Below, Hirav Shah takes you through the top 5 iconic female sports to watch out for in 2021, that have helped put women’s sports in the spotlight. 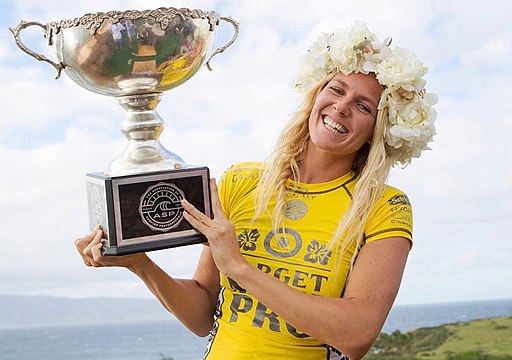 Stephanie Louise Gilmore is an Australian professional surfer and seven-time world champion on the Women’s WSL World Tour (2007, 2008, 2009, 2010, 2012, 2014, 2018). She was born in Murwillumbah, New South Wales, Australia on 29 January 1988 and currently resides in Kingscliff, New South Wales, Australia. She is currently in her 34th year and this year will certainly turn out to be a successful year for her

Gilmore’s life as a surfer began at age 10 when she stood on a bodyboard. By age 17 she was entering world tour events as a wild card competitor, which paid off with a victory at the 2005 Roxy Pro Gold Coast. In her next season she won another wild card event, the 2006 Havaianas Beachley Classic.Gilmore’s success on the WQS (World Qualifying Series) tour qualified her for the 2007 Women’s ASP World Tour and she did not disappoint. She won four of the eight events and claimed the 2007 World Title. She would repeat her success in 2008, 2009, 2010, 2012, 2014 and 2018.

Gilmore also won the inaugural Swatch Girls Pro France in 2010.Also in 2010, she was inducted into the Surfers’ Hall of Fame and won the Laureus World Action Sportsperson of the year award.

Gilmore is currently the top athlete on the ROXY Surf Team.In 2014, Gilmore starred in a feature length documentary titled Stephanie in the Water.

Surfing’s debut at the Olympics includes a line-up of world champions, World Surf League (WSL) tour veterans, and rookie pros ready to make their mark on the sport.

With hundreds of kilometres of incredible coastline on all sides, it’s no secret that Australia produces some incredible surfers. However, one athlete donning the green and gold who should not be missed this Olympics is Stephanie Gilmore.

Janja Garnbret (born March 12, 1999) is a Slovenian rock climber and sport climber who has won multiple lead climbing and bouldering events. She is currently in her 23rd Year and 2021 is going to turn out to be a successful year for her.

Garnbret won her first international title in the lead competition of the 2014 World Youth B Championships. In July 2015, just after turning 16, she started competing in the senior category of the Lead Climbing World Cup. Since then, she participated in 31 Lead Climbing World Cup events, missing the podium in only four of them.

Meanwhile, Climber Janja Garnbret is eager for her moment on the world stage, this year.

Morgan Elizabeth Hurd (born July 18, 2001) is an American artistic gymnast and a four-time member of the United States women’s national team (2016–present). She is currently in her 21st year.She is the 2017 World all-around champion and balance beam silver medalist and the 2018 World all-around bronze medalist and floor exercise silver medalist. She has won four medals at the USA Gymnastics National Championships during her senior career and is a two-time American Cup champion. She was a member of the gold-medal winning American teams at the 2018 World Championships and the 2019 Pan American Games.

Morgan Hurd first captured the attention of the gymnastics world as a bespectacled 12-year-old competing as a Level 10 at the Nastia Liukin Cup in 2014.The Chinese-born athlete rose steadily through the junior U.S. ranks, from 29th in 2014 to fifth in 2016.

Then, in her first year as a senior, Hurd had a surprise breakthrough at the 2017 World Championships.

When team-mate Ragan Smith went down with an ankle injury just minutes before competition began in Montreal, Hurd stepped up to try and keep the American all-around legacy going.

She took the all-around gold medal by one-tenth of a point and added balance beam silver days later.The 16 year-old took gold in Montreal to secure a seventh straight Olympic …Hurd built on her senior debut season in 2018, helping the USA to team gold at the World Championships in Doha.

She was the bronze medallist in the all-around final behind Olympic champion Simone Biles and Japan’s Mai Murakami, and took silver on the floor.

With five medals, she is the seventh most decorated American gymnast in World Championship history and the eighth to win all-around gold.
The Delaware native kicked off her 2019 season, and filming for All Around, with victory at the Tokyo World Cup in April.

The Olympics remain in Morgan Hurd’s reach. Only her pursuit is delayed by a year. 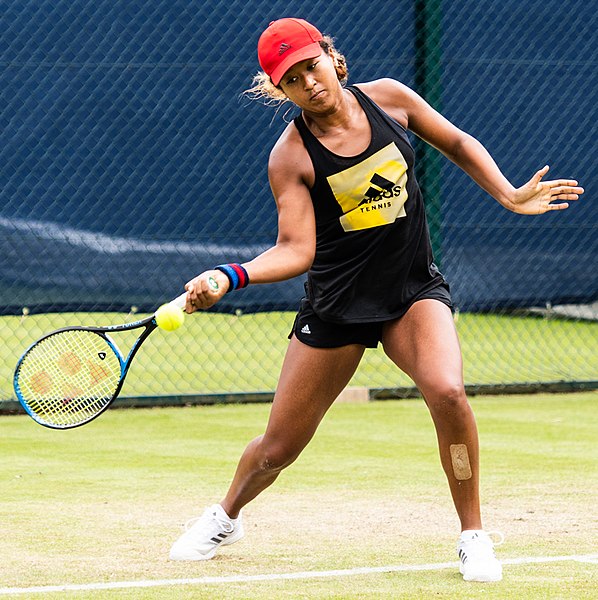 Naomi Osaka (born October 16, 1997) is a Japanese professional tennis player. She is in her 25th year right now.
Osaka has been ranked No. 1 by the Women’s Tennis Association (WTA), and is the first Asian player to hold the top ranking in singles. She is a three-time Grand Slam singles champion, and is the reigning champion at the US Open. Her six WTA titles on the WTA Tour also include two at the Premier Mandatory level. At the 2018 US Open and the 2019 Australian Open, Osaka won her first two Grand Slam singles titles in back-to-back Grand Slam tournaments, and is the first player to achieve this feat since Jennifer Capriati in 2001.

Osaka came to prominence at the age of sixteen when she defeated former US Open champion Samantha Stosur in her WTA Tour debut at the 2014 Stanford Classic. Two years later, she reached her first WTA final at the 2016 Pan Pacific Open in Japan to enter the top 50 of the WTA rankings. Osaka made her breakthrough into the upper echelon of women’s tennis in 2018 when she won her first WTA title at the Indian Wells Open. Later in the year, she defeated 23-time Grand Slam singles champion Serena Williams in the final of the US Open to become the first Japanese player to win a Grand Slam singles title. From 2018 through 2020, she won a Grand Slam singles title in three consecutive years.

Osaka is one of the most marketable athletes in the world, having been ranked eighth among all athletes in endorsement income in 2020. She was also the highest-earning female athlete of all time by annual income that year. Osaka has gained significant recognition as an activist, having showcased support for the Black Lives Matter movement in conjunction with her matches.

She was named one of the 2020 Sports Illustrated Sportspersons of the Year for her activism largely as part of her US Open championship run, and was also included on Time’s annual list of the 100 most influential people in the world in both 2019 and 2020. On the court, Osaka has an aggressive playing style with a powerful serve that can reach 201 kilometres per hour (125 mph). Today, Japanese sensation Naomi Osaka is committed to competing in the delayed Tokyo Olympics.

Sky Brown (born 12 July 2008) is an Anglo-Japanese skateboarder, who competes for Great Britain. She is currently in her 14th year.She is the youngest professional skateboarder in the world, and has also won the American TV programme Dancing with the Stars: Juniors

In 2016, at the age of 8, Brown took part in the Vans US Open, making her the youngest person ever to compete at the event.She fell off her skateboard in a heat.In 2017, she came second in the Asian Continental Finals, and she finished in the top 10 of the 2018 Vans Park Series. In 2018, she won the US TV show Dancing with the Stars: Juniors.

In February 2019, she won the Simple Session event in Tallinn, Estonia. In March 2019, Brown announced that she would be competing for Great Britain, having previously said that she would compete for Japan. Brown said that she favoured the “more relaxed approach” of the British Skateboarding Association. In 2019, Brown also came third at the World Skateboarding Championship,and became the first female to land a frontside 540 at the X Games. She finished fifth at the X Games skateboarding event. Brown came third at the 2020 Park World Skateboarding Championships in Brazil. She was scheduled to compete in the 2020 Summer Olympics qualification event in May 2020.

Meanwhile, Brown is one of five Britons attempting to qualify for the skateboarding events at the 2021 Olympics, the first time the sport will be included in the games.

All the above mentioned female athletes are invincible with their extraordinary performances and records correct !

In life when you have clarity on where you want to go and guidelines on the chances of reaching there, you can certainly be UNSTOPPABLE and ASTRO-STRATEGY can help you beat all hurdles to become UNBEATABLE.