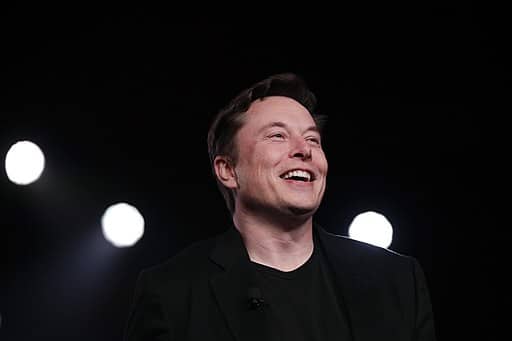 Business Astrologer Hirav Shah Predicts, First half of 2021 will be a more powerful and innovative year for Elon Musk who just beat Gates to become the world’s 2nd richest.

Why is that only very people in the world are able to beat complex situations to reach noteworthy milestones !
Why is that, to achieve something huge, along with hunger and massive action, a powerful tool is needed too !
Well to make things simpler, India’s Most Celebrated Business Strategist and Astro-Consultant, Hirav Shah says, Strategy and Luck are mandatory tools to reach to the top besides everything else…

Will be a more powerful and innovative year for Elon Musk?

Yes, Elon Musk (Born 28 June, 1971) has beaten Microsoft co-founder Bill Gates to become the second richest person in the world as per the Bloomberg Billionaires Index. Musk’s net worth is now about $128 billion after it shot up by $100 billion this year.

See what Numerological Analysis has discovered

Personalities who are ruled by Number 1

It will take Musk a while to rise to the number one position on the list which is held by Amazon CEO Jeff Bezos. There is a sizable gap between Musk and Bezos who has reported a net worth of $182 billion. However, it has been a significant climb for the Tesla and SpaceX CEO who was at rank 35 in January this year.

Musk’s rapid ascent has mainly been driven by Tesla’s share price. The company currently has a market cap of almost $500 billion, after starting the year at under $100 billion.

According to a report in The Guardian, Tesla has the highest market cap of any car company in the world, despite producing a fraction of the cars as compared to more established automakers. This year Tesla expects to produce 500,000 cars as compared to around 10 million to be produced by companies like Toyota. Around three quarters of Musk’s net worth consists of Tesla shares, according to Bloomberg.

The Tesla CEO himself responded to the news of overtaking Gates’ wealth and expressed astonishment on Twitter. The year 2020 has been pleasantly good for Musk with his fortunes being directly linked to Tesla of which according to Bloomberg, the last own 20% of the company’s stock. Meanwhile, this year, amid the COVID-19 pandemic, Tesla’s stock spiked almost 524% contributing to Musk adding over $100 billion to his wealth.

Sometimes success is so close, yet we time our actions wrong and efforts go waste. This happens in all major businesses in the world, right !!

First half of 2021 will be a more powerful and innovative year for Elon Musk Predicts, Business Astrologer Hirav Shah.

On that note, World Famous Business Strategist and Astrology Consultant , Hirav Shah quotes saying Astrology is the only tool that can warn you beforehand of incorrect timing / bad period. In short, to ensure a brighter future in any Business, ASTROLOGY is ‘need of the hour’

Adding to this, Hirav Shah has also shared his most valuable advisory for the world, applicable to all businesses and sectors. It is as follows-

For the most successful people in the world, 2021 already started… Has it for YOU?
Who doesn’t want to experience success in business ?

So plant the seeds now for your future, and focus on investing energy on the habits that will create the results you really want.
NOW is the time to do the things that you have been wanting to do. Don’t procrastinate and rob yourself of a more compelling future…