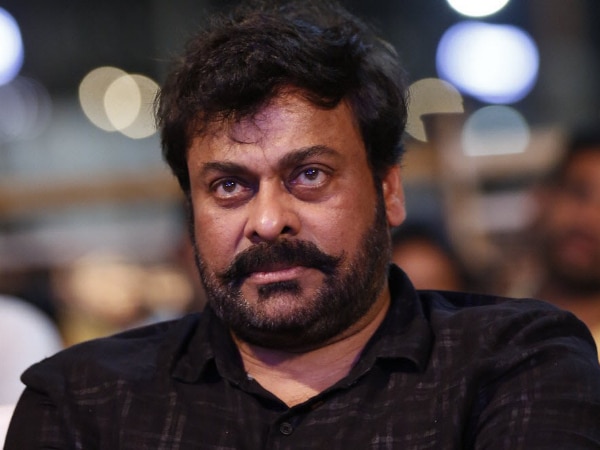 Decades have passed; Chiranjeevi’s enduring appeal though remains unmindful. A quote, an update about a film, a passing anecdote… His innumerable fans still wait with bated breath and cling on to every word and action of the Mega Star.

Chiranjeevi (born Konidela Siva Sankara Vara Prasad; 22 August 1955) is an Indian film actor and politician. He is a number 4 person, which is ruled by Rahu. He is running his 66th year.

The Mega Star has had a film career spanning almost 40 years, he won four state Nandi Awards, including the Raghupathi Venkaiah Award, and ten Filmfare Awards South including the Filmfare Lifetime Achievement Award – South. In 2006, Chiranjeevi was honoured with the Padma Bhushan as well.

Even today, a lot of actors, stars and artists get inspired looking at Chiranjeevi’s achievements. They also wish to follow suit, but in these unparalleled times, looking at the unfavourable response, even after opening of theatres, the film industry’s future looks gloomy. Yet there is a way out here too ! World Famous Astro Strategist Hirav Shah, who is also the Film Industry’s top advisor, quotes Strategical, Moral and Astro Strategical support can increase productivity by 96% in today’s gloomy times.

Now, let’s talk a bit about the Mega Star’s life and his films.

Konidela Shiva Shankara Vara Prasad turned into Konidela Chiranjeevi and then got the nickname, Megastar Chiranjeevi. There is a lot of pain, sweat and hard work behind all the name, fame and glory. His start was pretty ordinary and he had never thought that he would be one of those biggest influencers ever for generations, to follow.

He served as the Minister of State with independent charge for the Ministry of Tourism, Government of India from 27 October 2012 to 15 May 2014. Prior to politics, Chiranjeevi had worked primarily in Telugu cinema in addition to Tamil, Kannada, and Hindi films. He made his acting debut in 1978 with Punadhirallu. Known for his breakdancing skills, Chiranjeevi starred in over 150 feature films.It takes untold dreams, passionate hard work and relentless sacrifice for a person to see the light of success. One such inspiring life is definitely that of Megastar Chiranjeevi.

How Chiranjeevi’s Empire Was Built !!

Chiranjeevi’s father was a government employee but he chose to pursue a career in acting in 1976. It was a powerful, life-changing thought, which has had a positive impact on his entire family. Today, that single thought of his, has resulted in a family, which has produced personalities like Pawan Kalyan and Ram Charan among others. He is now the nucleus of this brotherhood, and protective of it.

Ups And Downs of Chiranjeevi

Chiranjeevi’s career began with a lot of ups and downs until a movie that turned all the records off the table, got released in the year 1983, Khaidi. This movie got Chiranjeevi all the attention and recognition needed at that point of time. This did not distract him from working hard. He did it all the more. He worked extra to make a name and when the fame touched his door steps, he did not get complacent and made it last for generations to come.
Over the years, his dance moves, dialogues, talent in many iconic movies, have made him one of the greatest actors of our country.

The undisputed ‘Megastar’ of Telugu cinema, Chiranjeevi made a decent impact in the Hindi belt with the action-drama Pratibandh, which featured him in the role of a cop. The cast included Rami Reddy, Juhi Chawla and Harish.

Don’t we want to see the Mega Star in Bollywood again !

We do but as per Astrologically it seems very less chances of coming back in Bollywood in 2021 but 2022 BIG YES, if all goes well, he might just land up doing a Mega Bollywood Film for his fans, fanatics and well-wishers predicts Movie Astrologer and Astro Strategist Hirav Shah.

Whether he will be successful or not, only time will say but