I feel KL Rahul Should Open In ODIs 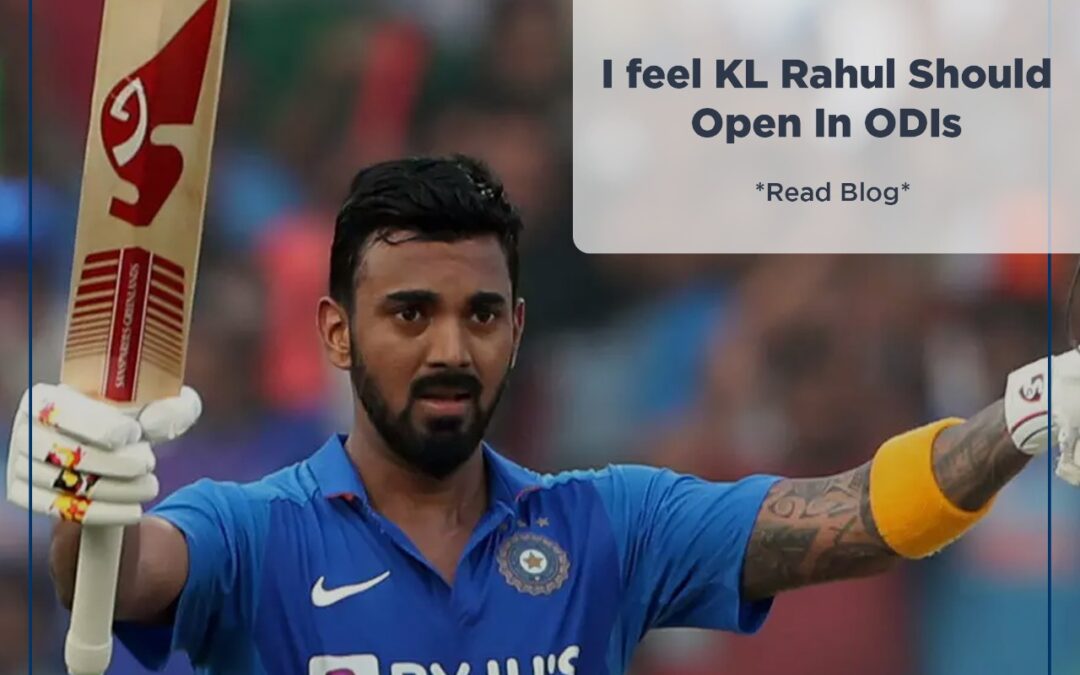 As per Sports Astrologer and Astro-Consultant Hirav Shah’ views, KL Rahul should Open in ODIs post 29th November, 2020’s debacle. Yesterday, as we all know, Australia beat India by 51 runs to take an unassailable 2-0 lead.
A leading opinion maker Hirav Shah whose answers have been game-changers in the field of Sports analysed the current situation and he has strongly suggested KL Rahul’s graduation to Open in ODIs.
Meanwhile, Hirav Shah has first presented to us the highlights and match analysis of today !

Steve Smith became the top scorer with 104 off 64 balls as Australia posted a mammoth 389-runs total for India to chase in the second ODI. Both Aaron Finch and David Warner scored half centuries, stitching a 142-run stand for the opening wicket. Labuschagne (70) and Glenn Maxwell (63) also contributed with respective fifty-plus scores. In reply, India lost the game by 51 runs and thus the 3-match ODI series. For India, Virat Kohli played a superb knock of 89 runs before submitting to Josh Hazlewood. KL Rahul played an extra-ordinary knock of 76 runs off 66 balls.

Australia buried India under a landslide of runs for a 51-run drubbing in the second ODI and an invincible 2-0 series lead after Steve Smith produced another master-class in the form of a 64-ball 104 here on Sunday.

Batting first, Australia rode on five fifty-plus scores including Smith’s blazing knock, to post an imposing 389 for four against a sluggish India.

This was the Australian run-machine’s fifth century against India in the 50-over format and second on the trot after his ton in the series-opener, which came off 66 deliveries.

A target of 390 proved to be too much for India as they were stopped at 338 for nine, with captain Virat Kohli (89) and the majestic KL Rahul (76) finishing as their main contributors in what turned out to be another forgettable outing for the beleaguered visitors.
India started the big chase in earnest with the in-from Shikhar Dhawan (30) and Mayank Agarwal (28) dealing in boundaries from the onset.

If Agarwal found the fence twice in the first over, Dhawan struck Mitchell Starc for three successive fours to get the Indian innings going.

A magnificent cover drive by Agarwal took the visitors past 50 in 6.1 overs. However, in trying to go for one too many, Dhawan perished.

In came Kohli and as he has mostly done through his illustrious career, the Indian captain played some delightful shots on the way to his 87-ball innings to keep the visitors in with a chance.

During his stay in the middle, Kohli pulled, drove, flicked and cut with plenty of success as India tried to keep the required rate within 9-10 runs per over.

But pacer Josh Hazlewood provided Australia their biggest breakthrough when he had Kohli caught brilliantly by a diving Moises Henriques at midwicket.

That brought Hardik Pandya in the middle and the all-rounder, in the company of KL Rahul, played some big shots. But they were never going to be enough.

Rahul departed after his master-class(76), smashing five sixes and four boundaries in his 66-ball knock. India completely lost the plot after that.

HIRAV SHAH OPINION: KL Rahul(born-18th April 1992) is a special talent and should be nurtured More as an Opener and the Time has come for that. He is technically compact and has performed extremely well in the last few years as Opener.

ODI Batting Statistics: KL Rahul has had a splendid start to his ODI career. In 33 innings, he has aggregated 1327 runs at an average of 47.39 at a strike rate of 88.23 including 4 hundreds and 8 fifties.

As Opener: Rahul, the ODI opener has an aggregate of 808 runs in 18 matches at an average of 50.5 and strike rate of 88.23 . His exploits have included 3 hundreds and 5 fifties – early days and a small sample size but these are still very impressive numbers! In fact, Rahul’s average as an opener has been higher than even Dhawan’s (46.6) since the former made his debut in June, 2016. It is also better than some other big-names in ODI cricket like Bairstow, De Kock, Finch, Amla, Roy, Gayle and Guptill in this period

After learning everything that Celebrated Sports Astrologer Hirav Shah explained above, it has become all the more important now for the Captain, Coach, Selectors and the Board, to pay heed to this and let Rahul Open in the ODIs for making Indian Cricket Team unstoppable again.