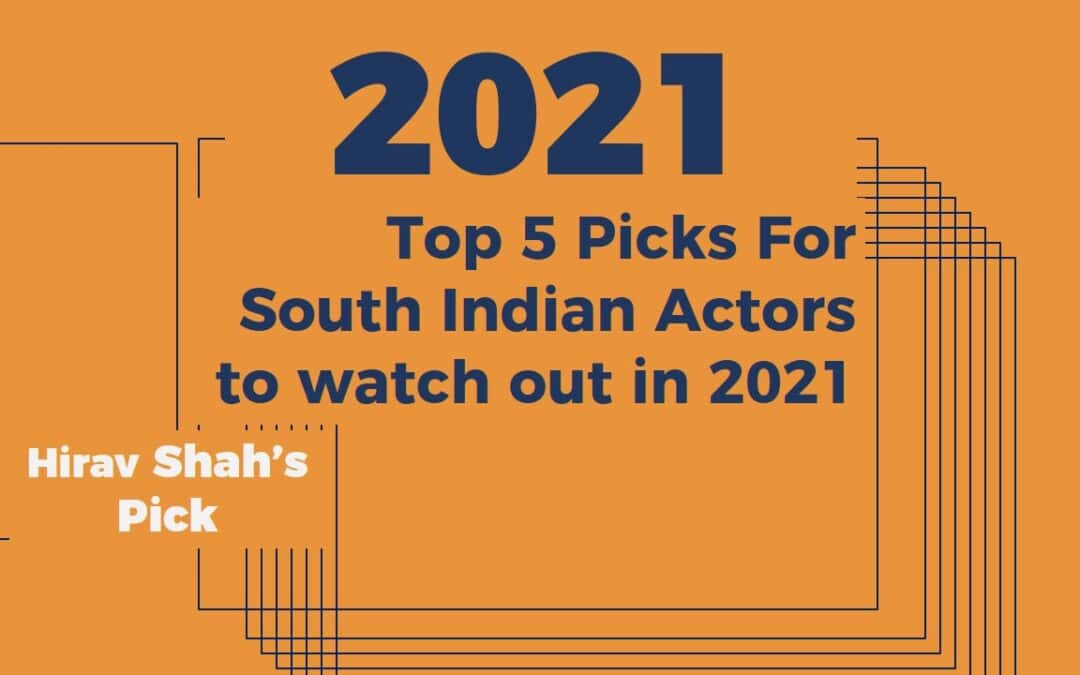 Film Industry is all about glitz, glamour and setting trends. So it is only natural to assume that the stars drive the industry. Stardom is like a force of nature. In India big stars have the largest following in the country. The stars here are looked upon by a population of over a billion people. Everything they do or say is talked about, regardless of how big or small it might be. The main reason for this being India’s love for cinema.
But do you think its all due to their background, hard work and drive.

No and a Big No.
It has also got to do with luck, timing and destiny, Says Hirav Shah, Celebrated Adviser, Strategist and Astrologer for the Movie World.

The main planets which signify acting or creativity are Venus, Mercury, Moon, Mars and Rahu. The ascendant and the lord of ascendant should be strong for a person looking forward to entering into the glamour world. When all these conditions are satisfied, the native is able to leave a long lasting impression on his audience. People will be able to remember the performance of such a person for a long time.

Planets Responsible For An Acting Career

The main planet for acting skills is Mercury, the planet for communication, intelligence and memory. Mercury should be connected to the second house of face / voice, third house of communication and for making it a profession, it should connect to the 10th house of profession and 11th house of gains to get money, name and fame.

Venus is the second major planet associated with acting; it gives a beautiful face or body, refined taste and glamorous look. Acting requires Mercury as well as Venus support. Venus alone can make you a model but not a good actor while Mercury alone can make you an acclaimed actor. But, Venus in a person’s horoscope should be afflicted. This is because without an afflicted Venus, the actor might feel shy and won’t be comfortable performing in front of unknown people. Successful actors always have an effect on the malefic planet on their Venus sign.

Other planets responsible for a good acting career are Moon, Rahu and Mars . Moon is associated with mind, creativity and art. Since everyone is not able to express his emotions in front of everyone, the person should possess a strong will and determination. Rahu is most important as it represents Maya which is the medium of acting. It is everything that you are showing in front of the camera that is not real. Mars gives the will power to pursue and enhances the creativity.

Now, in this article, Hirav Shah picks top 5 South Indian Actors to look out for, in this year. 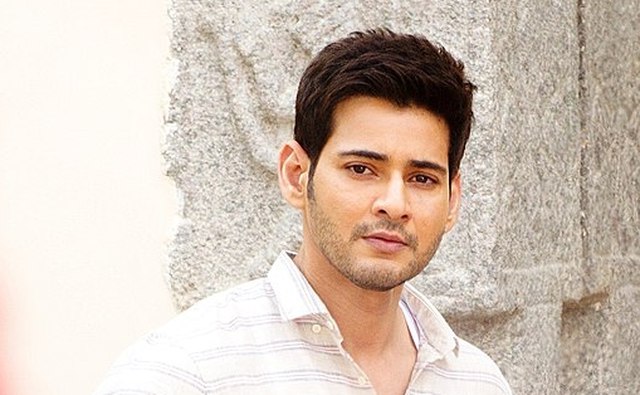 He made his debut as a lead actor with Rajakumarudu (1999) which won him Nandi Award for Best Male Debut. Babu achieved his breakthrough with the supernatural drama Murari (2001), and the action film Okkadu (2003). He went on to act in other commercially successful films such as Athadu (2005), Pokiri (2006), Dookudu (2011), Businessman (2012), Seethamma Vakitlo Sirimalle Chettu (2013), 1:Nenokkadine (2014), Srimanthudu (2015), Bharat Ane Nenu (2018), Maharshi (2019), and Sarileru Neekevvaru (2020). Pokiri held the record of being the highest-grossing Telugu film while Sarileru Neekevvaru, his highest grosser, collected over ₹2.6 billion at the box office.

Referred to in the media as the Prince of Tollywood, he is one of the most popular and influential actors of Telugu cinema,and is described as the superstar of Telugu cinema by his fans. In addition to being an actor, he is a humanitarian and philanthropist – he runs a charitable trust and non-profit organisation, Heal-a-Child.He is also associated with Rainbow Hospitals as their goodwill ambassador.

He plunged into the film exhibition business along with Narayandas Narang of Asian Group with the inauguration of the seven-screen superplex at Gachibowli AMB Cinemas. Meanwhile, his fans are eagerly awaiting the release of Major in this year. 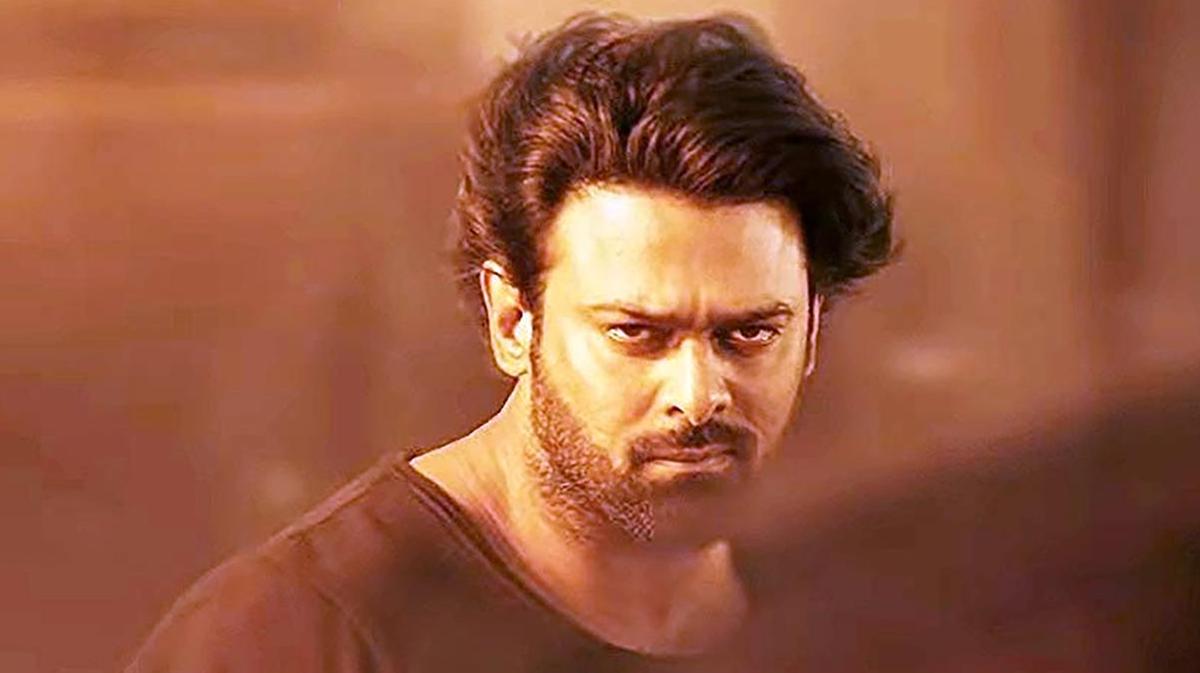 Uppalapati Venkata Suryanarayana Prabhas Raju (born 23 October 1979),currently in his 42nd year, known mononymously as Prabhas, is an Indian film actor. One of the highest-paid actors of Indian cinema, Prabhas has featured in Forbes India’s Celebrity 100 list three times since 2015 based on his income and popularity. He is the first South Indian actor to receive a wax sculpture at Madame Tussaud’s wax museum.

Prabhas made his acting debut with the 2002 Telugu drama Eeswar, and later attained his breakthrough with the romantic action film Varsham (2004). His notable works include Chatrapathi (2005), Bujjigadu (2008), Billa (2009), Darling (2010), Mr. Perfect (2011), and Mirchi (2013). Prabhas won the state Nandi Award for Best Actor for his performance in Mirchi. In 2015, Prabhas starred in the title role in S. S. Rajamouli’s epic action film Baahubali: The Beginning, which is the fourth-highest-grossing Indian film to date.

He later reprised his role in its sequel, Baahubali 2: The Conclusion (2017), which became the first Indian film ever to gross over ₹1,000 crore (US$155 million) in all languages in just ten days, and is the second highest-grossing Indian film to date.

This year, Prabhas is all set to return on the big screen with a romantic drama film titled “Radhe Shyam”.

Konidela Ram Charan Teja (born 27 March 1985), presently in his 36th year is an Indian actor, producer, and entrepreneur who works in Telugu-language films. One of the highest-paid actors in Telugu cinema, he has been featured in Forbes India’s Celebrity 100 list since 2013. Charan is the recipient of several awards, including three Filmfare Awards and two Nandi Awards.

Charan made his debut in the successful action film Chirutha (2007), for which he won the Filmfare Award for Best Male Debut – South. He rose to prominence with S. S. Rajamouli’s fantasy action film Magadheera (2009), which held the record of being the highest-grossing Telugu film. He won several accolades for this film, including the Filmfare Award for Best Actor – Telugu.

Charan established himself as a leading Telugu film actor with commercially successful films such as Racha (2012), Naayak (2013), Yevadu (2014), Dhruva (2016) and Rangasthalam (2018), the latter being his highest-grosser. Receiving critical acclaim for his performance in Rangasthalam, he won his second Filmfare Award for Best Actor – Telugu.

Ram Charan will be seen in the upcoming movie “Acharya”. He will be next seen in SS Rajamouli’s film called “RRR”. 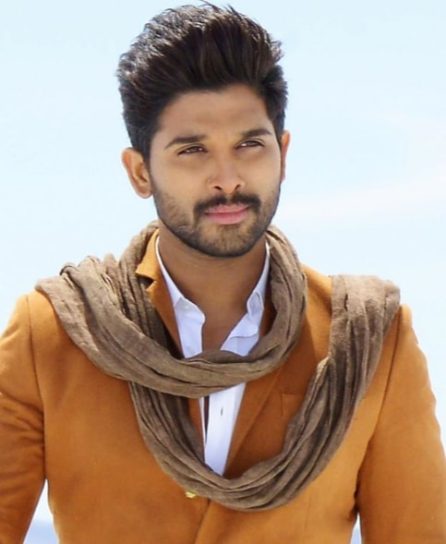 Allu Arjun (born 8 April 1983), currently in his 38th year, is an Indian film actor who primarily works in Telugu cinema.Known for his dancing abilities, he is a recipient of five Filmfare Awards South and three Nandi Awards.

Allu won his first Filmfare Award as Best Actor for Parugu (2008).His consecutive films, Arya 2 (2009), Vedam (2010), Varudu (2010) and Badrinath (2011), failed to perform at the box office. His role in Rudhramadevi (2015) as Gona Ganna Reddy won him Filmfare Award for Best Supporting Actor and Nandi Award for Best Character Actor.

Films like Race Gurram (2014), Sarrainodu (2016) and Duvvada Jagannadham (2017), brought him back on success track with each grossing more than ₹100 crore.He collaborated with director Trivikram Srinivas thrice for Julayi (2012), S/O Satyamurthy (2015) and Ala Vaikunthapurramuloo (2020). All three are successful with the latter grossing over ₹262 crore at the box office.

The South sensation is all set to burst on silver screen once again with his next film ‘Pushpa’. The film is an action-thriller and will be hitting the theatres on August 13, near Independence Day. 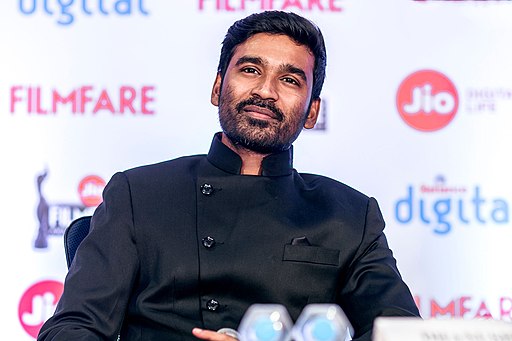 Venkatesh Prabhu Kasthuri Raja (born 28 July 1983), presently in his 38th year, better known by his stage name Dhanush, is an Indian actor, producer, director, writer, lyricist, screenwriter and playback singer who predominantly works in Tamil cinema. Starring in 44 films over his career, among Dhanush’s awards include 13 SIIMA Awards, nine Vijay Awards, seven Filmfare Awards South, five Vikatan Awards, five Edison Awards, three National Film Awards, and a Filmfare Award. He has been included in the Forbes India Celebrity 100 list six times, which is based on the earnings of Indian celebrities.

Dhanush’s first film was Thulluvadho Ilamai, a 2002 coming-of-age film directed by his father, Kasthuri Raja. He achieved further success in Polladhavan (2007) and Yaaradi Nee Mohini (2008), both of which were critically acclaimed and commercially successful.His role as a rooster fight jockey in Aadukalam (2010) won him Best Actor at the 58th National Film Awards and Best Tamil Actor Award at the 60th Filmfare Awards South.

He continued success with films including 3 (2012), Maryan (2013), Anegan (2015), Kodi (2016), Vadachennai (2018) and Asuran (2019). Vadachennai emerged as the highest-grossing A-rated Tamil film of all time, while Asuran entered the 100 Crore Club for grossing ₹100 crore within a month of its release, when adding the theatrical box office collections with non-theatrical revenue such as satellite, digital and audio rights. During the 2010s, Dhanush also starred in the action comedy film series Maari (2015) & Maari 2 (2018) and Velaiilla Pattadhari (2014) and Velaiilla Pattadhari 2 (2017).

In 2011, Dhanush’s popular song “Why this Kolaveri Di” from the romantic psychological thriller film 3 became the first Indian music video to cross 100 million views on YouTube.He made his Bollywood debut with Aanand L Rai’s Raanjhanaa (2013).

His performance as an obsessive one-sided lover in the film won him the Best Male Debut Award and earned a Best Actor nomination at the 59th Filmfare Awards.Dhanush produced films through his production company, Wunderbar Films,and he made his directorial debut with Pa Paandi (2017).His song “Rowdy Baby” from Maari 2 became one of the most-viewed Indian songs of all time. It is the only South Indian video song to receive 1 billion views on YouTube. Dhanush is all set to return to the big screen this year, with “Nenjam Marappathillai”, “Karnan” & “Atrangi Re”.

The Film & Entertainment industry in India is a multi crore enterprise. Despite this huge opportunity to make money, only 0.05% of the talent pool are able to achieve their full financial potential. No matter the amount of talent you possess, a career in this industry can be a real struggle if you don’t make the right choices.

With Hirav Shah’s Astro-Strategic opinion, the struggles associated with making money in the industry are eased with Expert Astro Advice.

To take on challenges of the Film Industry, with confidence and certainty, Astro-Strategy is the key and is the only key, Concludes Shah.