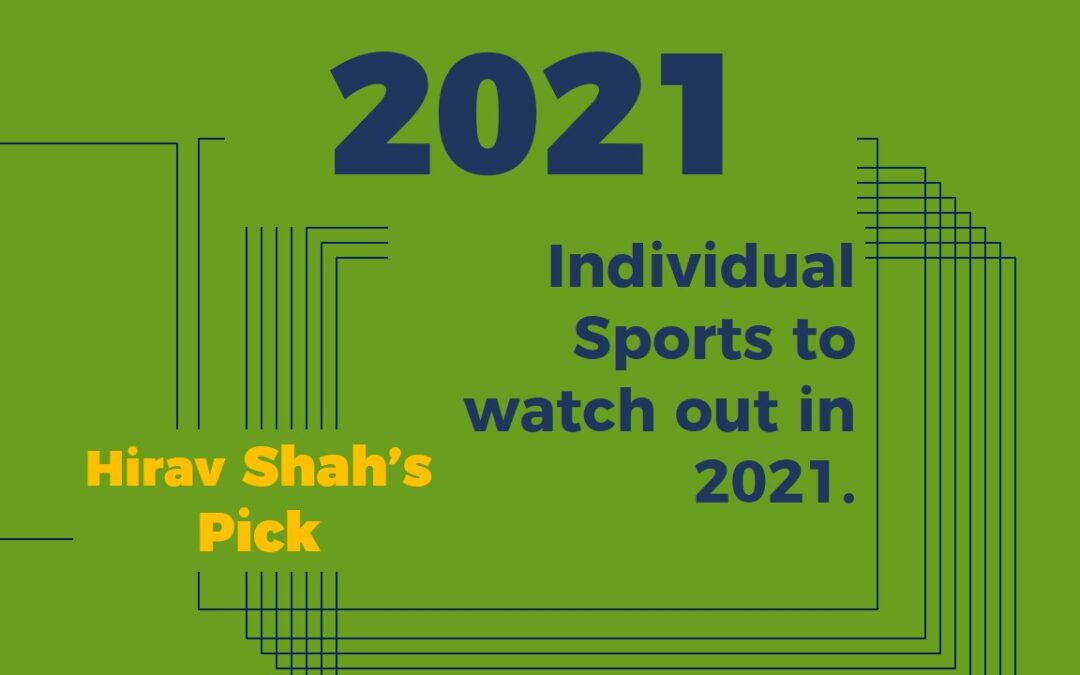 Individual sports are nothing but it is a sport played only by an individual, not a group. An Individual person will represent a city/country/team. It is not a group sport like football, cricket, basketball, etc., Says Hirav Shah, Sports Strategist, Adviser and Astrologer.

In this article Hirav Shah outlines the top 5 individual sports to look out for, in 2021. 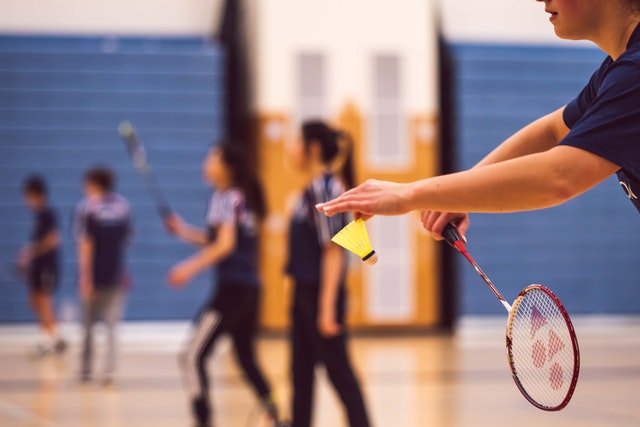 Being the first racquet sport in the world, Badminton is one of the most popular sports after Soccer. It’s very easy to learn how to play badminton!

It is a sport played widely in Asian countries. It is also a major event in the Olympics.

This game needs the player to be agile, deft and precise on their techniques as well as they need to have strength and muscle power to go with quick reflexes to make it to the top.

It is a fun and spontaneous game and one needs to pick this sport if looking at boosting overall fitness- physical, mental and social aspects. Like every other sport, badminton is also governed by an International body “Badminton World Federation”, it works in tandem with other regional bodies for the development of badminton as a sport.

Badminton at the Tokyo 2020 Games in 2021 will be the eighth staging of the sport as a medal event since making its debut at the Barcelona 1992 Olympic Games.

China has historically dominated this sport, winning 18 of the 34 gold medals contested to date.

At Tokyo, we are set to see a new wave of Japanese players who have been training their entire careers for this moment to shine at their home Games. 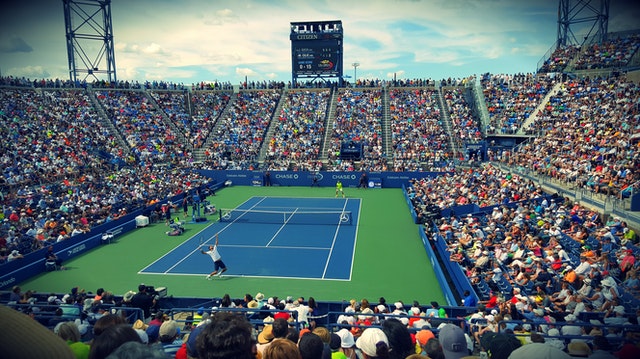 Tennis, original name lawn tennis, game in which two opposing players (singles) or pairs of players (doubles) use tautly strung rackets to hit a ball of specified size, weight, and bounce over a net on a rectangular court. Points are awarded to a player or team whenever the opponent fails to correctly return the ball within the prescribed dimensions of the court. Organized tennis is played according to rules sanctioned by the International Tennis Federation (ITF), the world governing body of the sport.

The modern game of tennis is played by millions in clubs and on public courts. Its period of most rapid growth as both a participant and a spectator sport began in the late 1960s, when the major championships were opened to professionals as well as amateurs, and continued in the 1970s, when television broadcasts of the expanding professional tournament circuits and the rise of some notable players and rivalries broadened the appeal of the game.

The tennis tournament at the 2021 Olympics will feature 172 players in five events: singles and doubles for both men and women and the return of mixed doubles for the third consecutive time. The world is waiting for the games to start to witness the planet’s best and biggest tennis spectacle. 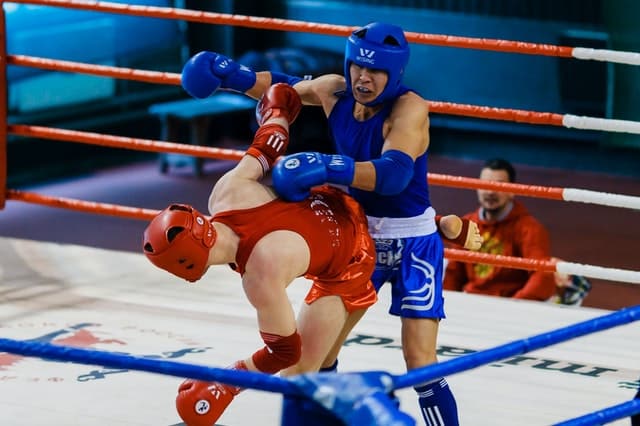 Boxing, sport, both amateur and professional, involving attack and defense with the fists. Boxers usually wear padded gloves and generally observe the code set forth in the marquess of Queensberry rules. Matched in weight and ability, boxing contestants try to land blows hard and often with their fists, each attempting to avoid the blows of the opponent. A boxer wins a match either by outscoring the opponent—points can be tallied in several ways—or by rendering the opponent incapable of continuing the match. Bouts range from 3 to 12 rounds, each round normally lasting three minutes.

Boxers worldwide were to compete for 53 places in the Tokyo line-up at a tournament in Paris in June. Those places will now be allocated equally across continents by World rankings based on results since 2017, the IOC said.Olympic entries from Africa and the Asia-Oceania region will now be allocated by rankings while boxers in the Americas and Europe can still earn qualifying places in the ring.

An Americas tournament is scheduled for May 10-16 in Buenos Aires, Argentina, and the European qualifiers should be in June at a venue to be decided. Meanwhile, all boxing fans in the whole world are eagerly waiting for the games to start, so they can experience their favourite sport, either live or through tv or app. 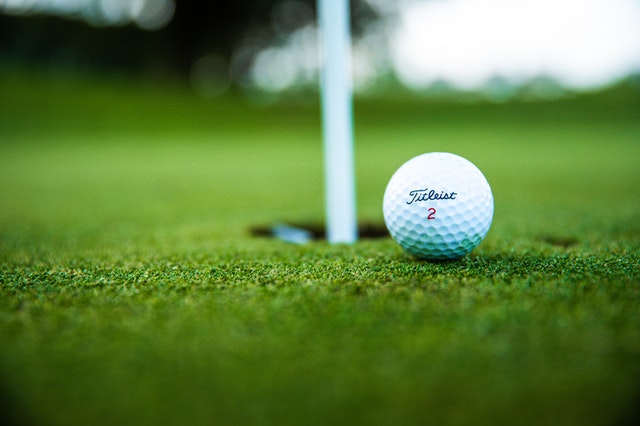 Golf, a cross-country game in which a player strikes a small ball with various clubs from a series of starting points (teeing grounds) into a series of holes on a course. The player who holds his ball in the fewest strokes wins. The origins of the game are difficult to ascertain, although evidence now suggests that early forms of golf were played in the Netherlands first and then in Scotland.

Two nations dominate the world of golf in the lead-up to the Olympics in 2021 – the United States for men and the Republic of Korea for women.With a maximum of four players per country teeing it up in Tokyo, the race for places is intense, to say the least.And interestingly , more than half of the men’s top 20 players are American.

Meanwhile, once the event starts, all the golf fans worldwide will be glued to the tv and the mobile phone, to watch the sport and keep a tab on its updates. 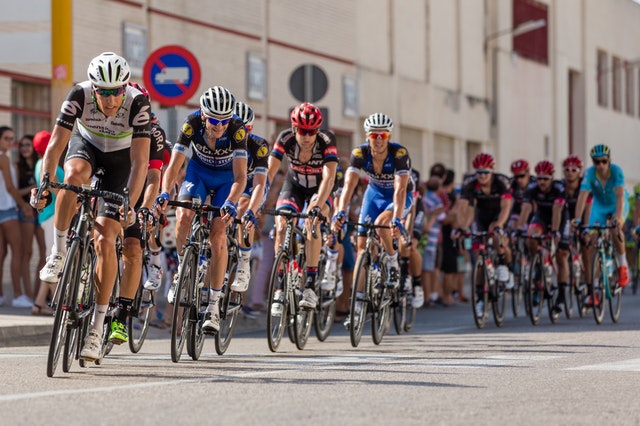 With the road race parcours for the Games in 2021 setting up to be mountainous, a big question awaits the Tour de France favourites. The climbers who would be expected to challenge for the yellow jersey at the grand tour event – names like Primoz Roglič and Tadej Pogačar of Slovenia and others – will have less than a week to recover from their gruelling efforts over three weeks in Europe, before taking on the Fuji course. Meanwhile, the cycling competitions of the 2021 Olympics in Tokyo will feature 22 events.

So fans, you just need to wait for a few more months !