Birthday Predictions: “Will Sonakshi Sinha Make Her Detractors ‘Khaamosh’ in 2021 With Bhuj: The Pride of India?” 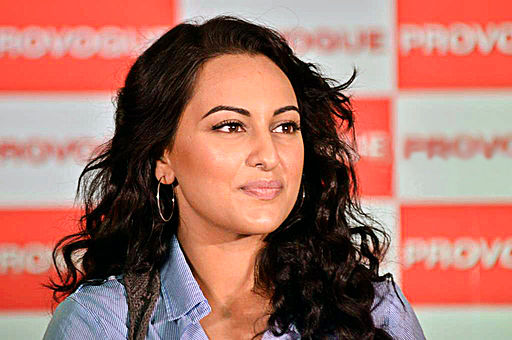 Sonakshi Sinha, born 2 June 1987, is an Indian film actress and singer who works in Hindi films. After working as a costume designer in her early career, Sinha made her acting debut in the action-drama film Dabangg (2010), which won her the Filmfare Award for Best Female Debut.

Sonakshi’s birth number is 2, which is ruled by Moon.

Sinha has played the romantic interest of the male protagonists in several top-grossing action dramas, including Rowdy Rathore (2012), Son of Sardaar (2012), Dabangg 2 (2012) and Holiday: A Soldier Is Never Off Duty (2014), though she was criticized for taking up roles that offered her limited scope. She gained critical acclaim for her portrayal of a woman suffering from tuberculosis in the romantic drama Lootera (2013), for which she received a nomination for the Filmfare Award for Best Actress. She followed this initial success by starring in a series of commercial failures, with the exception of Mission Mangal (2019), in which she had a supporting role.

In addition to acting in films, Sinha has sung a small part in the Imran Khan song “Let’s Celebrate” in her film Tevar (2015). She has also sung the single “Aaj Mood Isqholic Hai” and sung in a total of four of her films.

Future of Sonakshi Sinha in 2021

Sonakshi Sinha is going to enter the 35th year of her life, 3+5= 8 which is ruled by Saturn. So this year can be a very extreme and a mixed year for her. She needs to do lots of smart work, says Astro Business Strategist Hirav Shah.

“After making a smashing debut in 2010 with Dabangg and delivering some great hits like Holiday, Rowdy Rathore, Lootera, and Ittefaq, somewhere Sonakshi’s career has taken a dive. It’s time to retrospect and make a striking comeback. Her role in the upcoming film Bhuj: The Pride of India will win her much deserved appreciation. She should be very careful in choosing her roles. She also needs to up her glamour quotient. It is also the best time for her to jump into the OTT arena where she can display her talent to the fullest. She should avoid doing films like Kalank, Welcome To New York which have done more harm to her career than good,” says celebrated Bollywood astrologer Hirav Shah.