Does Being A Captain Of Indian Cricket Team Invite More Pressure ! 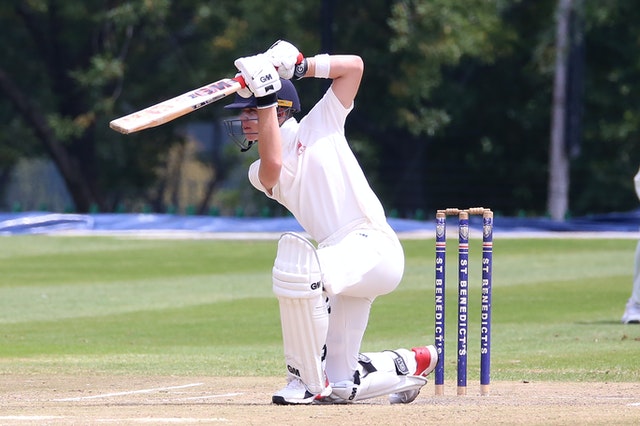 Quite often, Pressure squeezes effort out of winners and excuses out of losers, Says Celebrated Sports Strategist Hirav Shah. Impact is dictated by how you react to it.

Unfortunately stress is a common part of modern day life. Stress occurs when there is a buildup of pressure which is above the level a person can cope with. How we feel when we’re under pressure up to a point, can be a good thing. It can help us rise to challenges in situations where we need to be at our best. In other words, Pressure is a part of every day, whether it is a small, ordinary inconvenience or an overwhelming personal or professional burden that stretches over weeks, months and perhaps years. But only a small part of life is dictated by what happens to you, the vast majority of life is dictated by how you handle what happens to you. This principle also applies to pressure; it is inevitable, so its impact is dictated by how you react to it. Quite often, Pressure squeezes effort out of winners and excuses out of losers, Says Celebrated Sports Strategist Hirav Shah.

Meanwhile, Thought Leader and Business Strategist Hirav Shah pens down the possible reasons for pressure in case of Captains of our Indian Cricket Team.

The Indian cricket team has rivalries with other Test-playing nations, most notably with Pakistan, the political arch-rival of India. However, in recent times, rivalries with nations like Australia, South Africa and England have also gained prominence.

Today, India is ranked third in Tests, second in ODIs and third in T20Is by the ICC. Virat Kohli is the current captain of the team across all formats.

A total of 33 players have captained India in test matches, of which Virat Kohli is the most successful with 33 wins.

ODIs:
A total of 24 players have captained India in One Day Internationals, of which Mahendra Singh Dhoni is the most successful with 110 wins.

T20:
A total of six players have captained India in T20Is, of which Mahendra Singh Dhoni is most successful captain, with 41 wins.

Being Captain of the Indian Cricket Team is a hell of a huge responsibility. If the team losses it’s because of you, but if it wins you may not be given credit. You have to strategize and plan as to how players will give their input during show time. You need to make sure that your decisions and strategy are cent percent correct during the match. Building a team, eyeing for opposition, planning for future tournaments, answering to the committee, etc all this needs to be performed/covered with efficiency and expertise.
Ways To Deal With Pressure (in sports/business/life)

If you are confronted with a major source of pressure: instead of thinking about the entire situation and getting overwhelmed, immediately start to break things down into steps, and determine what needs to be done right now and what can wait. Then determine what needs to be done first, second and third. Breaking up a larger situation into smaller tasks will make an overwhelming situation feasible, and as you check these things off of your to-do list you will gain composure and get a handle on things.

No one stays on the treadmill forever. We all have to set aside time to recover and recharge from life’s stressful and chaotic moments, whether it is simply sleeping in, going outside to get fresh air or taking a vacation. No one is perpetually at the top of their game, when you are worn down, you will be a better person and sportsperson if you take some time to recharge.

If life and work are simply too much for you to handle, you should reach out for help. Delegate tasks to others under you and inform your boss/coach that you’ve reached a breaking point. If you are struggling with career issues/professional issues/decision making issues or even fundamental issues, the wisest thing to do is reaching out to an Astro-Strategist. If you are a Sports Person Wanting to Your Potential & Ace, You Need ASTRO-STRATEGY, Quotes Celebrated Astro-Strategist and Business Astrologer Hirav Shah

Meanwhile, over the past, Hirav Shah has developed various strategies and tools to aid struggling sports persons/athletes. This has helped drive their growth and has brought in stability in their careers.
Further Hirav Shah opines, There are a myriad of ways Astrology can change your life like:

And, Who doesn’t want to experience success in career or business(of any kind) ?
But, are you truly doing the right things to get there?

Any confusion or a difficult YES/NO Business decision, requires an expert opinion.
Just make sure your business strategy in terms of Brand, Sales, Marketing, Advertising, Diversification, etc…is on track to reach your goals.
Country’s Most Influential Business Astrologer Hirav Shah’s answers have proven to be game-changers for many.

HOW TO ENHANCE YOUR LIFE BY GIVING IT BACK TO SOCIETY?

The Most Effective B2B Marketing Strategies