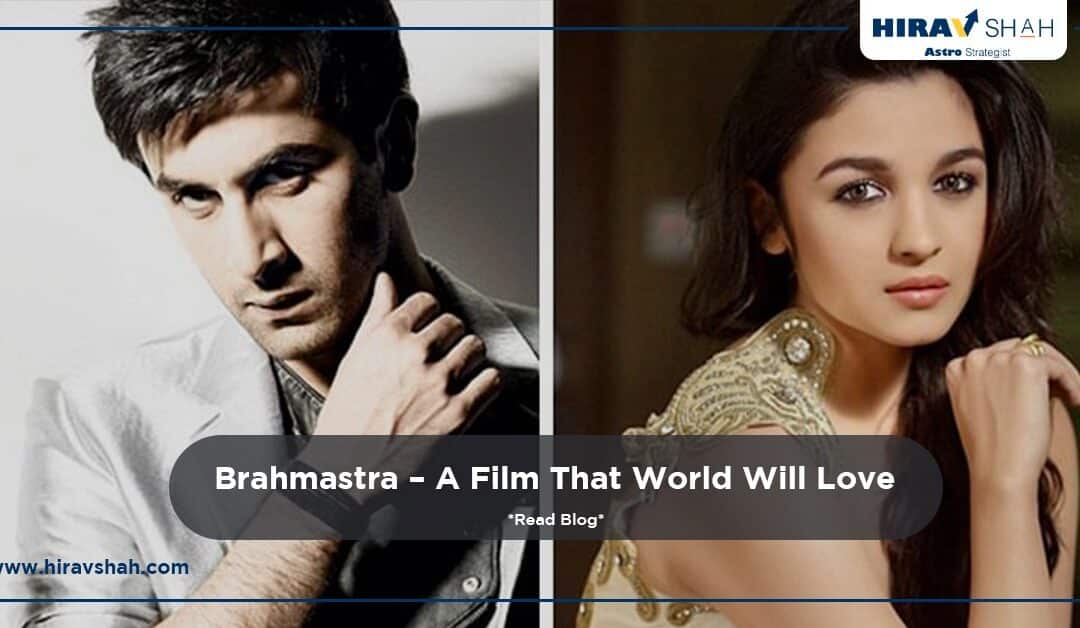 The concept is huge, the story is surreal, all actors are at the peak of their careers and the director and producer are young and raving to make a film that will match up to sensibilities of not just Indian diaspora, but an international audience that will connect to the film’s grandeur.

Brahmastra  a potent name for an equally potent film. Ever since the film and its title were announced, the film has had a huge following on various social media channels. Each and every detail of the film is being swallowed by Indians, living here and abroad, all of whom thrive on good doses of Bollywood masala.

Brahmastra, as per astro consultant and astro guru Hirav Shah, is an ancient weapon created by Lord Brahma. As per ancient lore, Brahma created some astras and Brahmastra was the most potent. It had the power to destroy the world and hence it was wanted both by the devas and the asuras. The weapons of Brahma or supernatural weapons were also used in the war of Mahabharata. At least that is the reference we have in our scriptures.

So, while it was considered that the movie was conceived from the Shiva Trilogy of Amish Patel, the film’s director Ayan Mukherjee has taken credit for writing the humongous film. There is still no confirmation if the film will be extended to three parts or if Brahmastra will remain a one-of-its-kind film of the genre. While it boasts supernatural elements and heavy doses of VFX on the lines of Hollywood blockbusters, the film in its heart is primarily a love story.

Well, and it should be some divine coincidence that it was during the filming of Brahmastra that the film’s lead pair Ranbir Kapoor and Alia Bhatt turned into real-life beaus. Ayan Mukherjee takes some credit for the chemistry. He says, he made it clear to Ranbir and Alia to work as a unit as their relationship was very important for the story he is wanting to tell the audiences.
Ayan Mukherjee, till Yeh Jawaani Hai Deewani had average success in Wake Up Sid. But, says Hirav Shah, he dreamed big, bigger than Indian cinema and wanted to give audiences an out-of-the-world experience. As for the story, Brahmastra is about the ‘brahmastra’ being broken and scattered at various places around Earth. A young man, Shiva, finds the fire in himself and Isha, his consort, aids him in his journey to explore himself and find the ‘brahmastra’.

While the heartthrob of Indians all over the world, Ranbir Kapoor plays Shiva, the ‘IT’ girl of Bollywood Alia Bhatt plays Isha. Bollywood giant and veteran actor Amitabh Bachchan plays Shiva’s guru. A southern connect comes in the form of Nagarjuna, who plays an archaeologist working on renovating a Shiva temple in Varanasi. Ayan has also kept his television audiences in mind and roped in Mouni Roy to play the antagonist in the film, which will be a huge break for the popular television-turned film actress. There is also veteran actress Dimple Kapadia. It would surely be interesting to watch various facets of their acting capabilities in the film.

Given the script, the film was shot in some rather exotic locales like Romania, London, the Himalayas to add depth to the visual aesthetics of the film and give it a surreal feel. Music will also surely become yet another highlight of the film, as both Karan Johar of Dharma Productions and Ayan Mukherjee believe in giving chart-topping music for their films.

Karan or Karan Johar, the producer of Brahmastra, is the movie mogul of current generation of Bollywood. His sense and sensibilities have helped many a production from his banner became blockbusters.

The concept is huge, the story is surreal, all actors are at the peak of their careers and the director and producer are young and raving to make a film that will match up to sensibilities of not just Indian diaspora, but an international audience that will connect to the film’s grandeur.

Pandemic could have delayed the release, but when it finally releases, it will leave its mark on world cinema, opines astro-strategist Hirav Shah.