Birthday Predictions: “Will Sreemukhi Become a Top Actress in South Industry in 2021?” 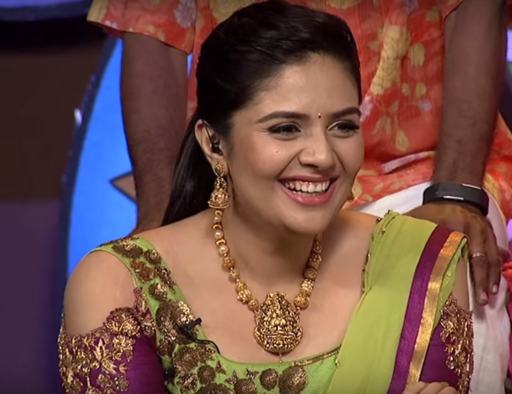 Sreemukhi (born 10 May 1993) is one of the hottest TV anchors from the Telugu industry who is also making a huge mark in films with some interesting roles. She enjoys a huge fan following amongst the youth for her antics and glamour. Sreemukhi started her career as a supporting actor in the 2012 film Julai. She made her debut as a lead actress in Prema Ishq Kaadhal.

Before making her debut in films, Sreemukhi started her career by hosting a TV show Adhurs and also hosted the singing program Super Singer 9. Sreemukhi made her debut as Raaji in Julai movie as Allu Arjun’s sister under the direction of Trivikram Srinivas and Prema Ishq Kaadhal as the lead actress in the direction of Pavan Sadineni. She also acted in Nenu Sailaja as the sister of Ram in the movie as Swecha. The following year she did a small cameo in Sekhar Kammula’s Life is Beautiful and was the lead actress in Dhanalakshmi Talupu Tadithey and Nara Rohit’s Savitri. Along with these she also made her first feature film in Tamil, Ettuthikkum Madhayaanai paired opposite Sathya. Her 2015 Kannada–Telugu bilingual film Chandrika, marked her debut in Kannada cinema.

In 2015, Sreemukhi co-hosted the South Indian International Movie Awards (SIIMA) in Dubai. She also hosted stand up comedy show Pataas for ETV Plus, Bhale Chance Le for Star Maa, and appeared in the film Gentleman.

Future of Sreemukhi in 2021

“Sreemukhi is living through one of the best phases of her career. Her TV career is going great guns and she is also getting great offers in movies. But Sreemukhi has to understand that she cannot accept roles that don’t do justice to her talent. She should wait for big-budget movies where she will be presented in the way her fans would love. Sreemukhi should also explore the web series in the year 2021 platform where there is plenty of chance to create her own niche. 2021 and 2023 both years are the turning point for her,” says noted Movie Astrologer Hirav Shah.