Birthday Predictions: Will Gillian Jacobs Come up with Something Better than ‘No Names’ in 2021?

Gillian Jacobs is a popular American actress well-known as Britta Perry from the comedy series ‘Community’ jointly produced by NBC and Yahoo! Screen. She currently appears in the role of Mickey Dobbs in ‘Love’, a Netflix series. Gillian Jacobs began her acting career with theatre at the age of eight and appeared as Titania in the theatrical adaptation of Shakespeare’s ‘A Midsummer Night’s Dream’. She made her film debut with the 2005 film ‘Building Girl’ and debuted on television in 2006 in the role of Adele Congreve in three episodes of the popular series ‘The Book of Daniel’. Jacobs’ most memorable role to date remains the role of CJ in the 2010 film ‘No Names.’

Gillian Jacobs’ first award came through in 2010 when she won in the Best Actress Category in the Method Fest Awards for her role of CJ in ‘No names’. Her award spree continued with Best Ensemble Acting and Acting Achievement awards at the Phoenix Film Festival Awards ceremony. 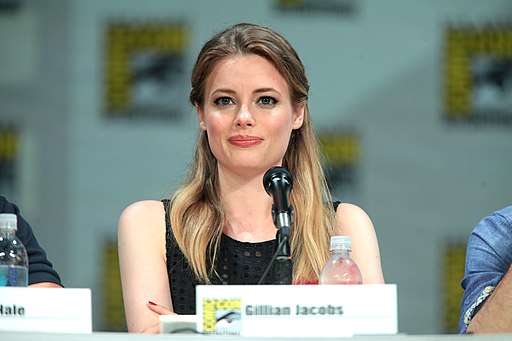 In 2012, she was nominated for the ‘Best Comedy Supporting Actress’ at the Critics’ Choice Television Award but won an award in the Favorite Ensemble category at the TV Guide Awards.

Number 1 (those who are born on 1st, 10th, 19th, 28th in any month) people are born leaders, ambitious and aspirants to hold top position in whatever they do and don’t like to be subordinated and they like to lead in everything, be it their business or be it relationships. They convince people easily.

1, 2 and 7 are the favorable numbers for Number 1 people.

What does the future hold for Gillian Jacobs in 2021?

Gillian just entered into her 39th year. 3+9=12=3 which is ruled by Jupiter. After the quiet year of 2020, Gillian will decide in 2021 to move on and make some changes in her life to fit her deepest aspirations and her true nature. She has to realize that her destiny is in her hands and she knows it better than anyone else. Her energy and more imaginative ideas can sometimes be restricted by her strict set of moral values. Little will happen in the first part of 2021, but rest assured that her efforts from the first six months will undoubtedly pay off.

One thing is certain for Gillian, this will be an eventful year!

Healthwise she will do fine though she will have to suffer a bit from Sciatica.

Gillian will feel most compatible with people who belong to

I wish the very charming and beautiful Gillian Jacobs a wonderful birthday and a great year ahead.