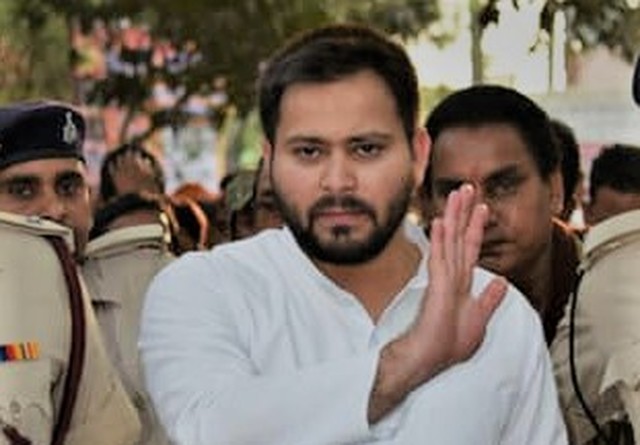 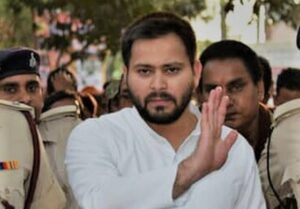 Born on November 9, 1989, four months before his father Lalu Prasad Yadav, at the age of 32, became the Chief Minister of Bihar for the first time, Mr. Tejashwi is now at the center of the opposition campaign to unseat Nitish Kumar, who has been in power for 15 years.

He is the youngest of the nine children of Lalu Prasad Yadav.

Today’s media-savvy crowd-puller stands in stark contrast with the Tejashwi Yadav of May 2019, when the RJD suffered a big loss in the Lok Sabha elections.

It was the first election of the RJD without Mr. Lalu Yadav in charge. Mr. Tejashwi’s elder brother Tej Pratap Yadav had formed the Lalu-Rabri Morcha. The youngest of Mr. Lalu Prasad’s nine children, Mr. Tejashwi faced criticism for “not accommodating” allies, especially the Communist Party of India’s rising star Kanhaiya Kumar, due to “insecurity”. There were reports of him not being “respectful” towards the RJD’s senior leaders.

He did not cast his vote in the Lok Sabha polls, after suffering a ligament injury. For more than a month, he disappeared from the public eye, leaving it to others to explain the party’s humiliating defeat — the RJD drew a blank in the Lok Sabha election.

The transition from being Mr. Lalu Prasad’s son to coming on his own took a long time for Mr. Tejashwi. Politics was not his first choice of career. He started out as a cricketer after dropping out of class 10. He was studying at Delhi Public School, R K Puram, in Delhi.

A middle-order batsman with good cover drive, he was in Delhi’s under-19 cricket team at the same time when Virat Kohli was playing. He also played a season for Jharkhand during a Ranji Trophy tournament. Later, he was picked for the Delhi Daredevils IPL team, where he had to stick it out on the reserve bench for four seasons from 2008. In 2012, he gave up on cricket and decided to focus full time on politics.

Now, when the elections are underway, Mr. Tejashwi is facing the biggest test of his career — unseat the NDA from power. At the beginning of the election process, Tejashwi was highly underrated and described as a reluctant politician and unworthy successor of the political party built by Lalu Prasad. His political maturity or the lack of it, his past as a failed cricketer drew snide comparisons.

Four weeks later he is being talked about as the new hope in the beleaguered state, the crowd he drew to his rallies, he connects with the people, and how he outwitted his contemporaries.

To Tejashwi’s credit, he campaigned with the right mix of grace, firmness, and political cunning. Except for one minor slip on the point of ‘Babus’, Tejashwi refused to get provoked and handled even the most vicious of attacks on him with dignity.

Aligning with the Left, may, in the end, prove to be his smartest move. While the Left parties, contesting together, may or may not win too many seats, their pockets of influence across the state and dedicated cadre, by all available accounts, have worked to the advantage of Tejashvi Yadav and his allies.

Hirav Shah says, “The anticipation and excitement for the upcoming Bihar polls are reaching a fever pitch with each passing day. Who will win the throne of Bihar, that’s the question on everyone’s mind these days. The way stars are behaving at the moment,

Tejashwi Prasad Yadav Yadav is entering into his 32nd year on November 9 of his life. 32 adds to 5 which is ruled by Mercury. 2021 adds to also 5. Results are on 10th November. Huge Positive period for Tejashwi Yadav compared to Nitish Kumar.

Hirav Shah, The Country’s Top Adviser and Influencer in the field of Politics, Business, Sports and Entertainment predicts-
Tejashwi Yadav Will Become ‘The CM Of Bihar And The Second Youngest CM Of India’ !!

Politics Strategist Hirav Shah Adds, It would be the first time since 2005 that the RJD would have a chief minister in the state and also the first time in Indian Politics that a Father(Lalu Prasad Yadav), Mother (Rabri Devi ) and Son(Tejashwi Yadav) – trio would have been CMs of a state (After the case of Farooq Abdullah where two of his family members had become the CM of Jammu and Kashmir)