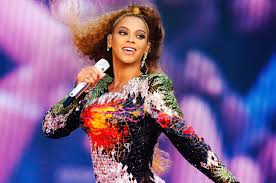 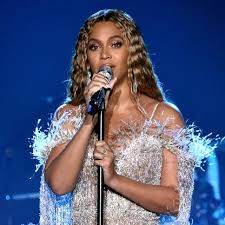 Beyonce  (born September 4, 1981) is an American singer, songwriter and actress. Born and raised in Houston, Texas, Beyonce performed in various singing and dancing competitions as a child.

She rose to fame in the late 1990s as lead singer of the R&B girl-group Destiny’s Child, one of the best-selling girl groups in history. Their hiatus saw the release of her first solo album, Dangerously in Love (2003), which debuted at number one on the US Billboard 200 chart and earned her five Grammy Awards.The album also featured the US Billboard Hot 100 number-one singles “Crazy in Love” and “Baby Boy”.

Following the break-up of Destiny’s Child in 2006, she released her second solo album, B’Day, which contained her fourth solo number-one song in the US, “Irreplaceable”. Beyoncé also continued her acting career with starring roles in The Pink Panther (2006), Dreamgirls (2006), and Obsessed (2009). Her marriage to rapper Jay-Z and her portrayal of Etta James in Cadillac Records (2008) influenced her third album, I Am… Sasha Fierce (2008), which saw the introduction of her alter-ego, Sasha Fierce, and earned a record-setting six Grammy Awards in 2010, including Song of the Year for “Single Ladies (Put a Ring on It)”.

After splitting from her manager and father Mathew Knowles in 2010, she released 4 in 2011, which explored a mellower tone and was influenced by 1970s funk, 1980s pop, and 1990s soul. Her critically acclaimed eponymous album, released in 2013 with no prior announcement, was even more experimental in its production and exploration of darker themes. Lemonade (2016), one of her most personal and political work to date, received widespread critical acclaim and became the best-selling album of 2016. In 2018, she released Everything Is Love, a collaborative album with her husband, Jay-Z, as The Carters.

Own rules and regulations in personal and professional life are the key characteristics of Number 4 people.

This coming year may bring her lots of success, fame and popularity.