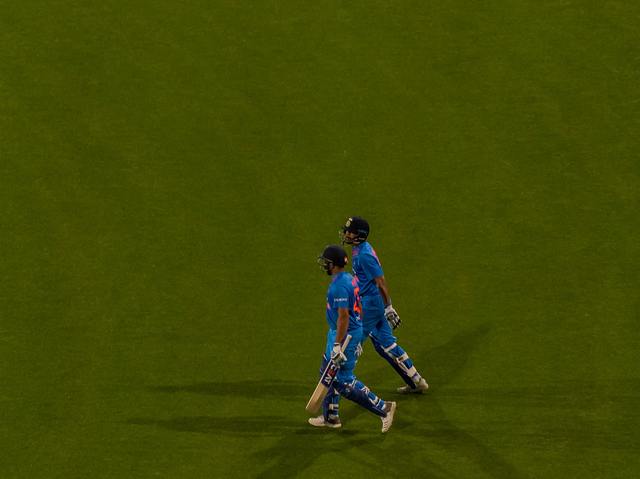 Watch Out! IPL 2020 can be the Game Changer for Fear-ridden Sports Industry

It was a huge blow to cricket fans when the Indian Premier League was suspended indefinitely in April 2020 due to the coronavirus pandemic. IPL is now scheduled to take place between 19th September and 10th November 2020. With some massive tweaks in the SOP, this year the popular sports event will be held at Dubai, Abu Dhabi and Sharjah in the UAE.

-According to BCCI, the 2015 IPL season contributed ₹11.5 billion(US$160 million) to the GDP of the Indian Economy.
-There have been 12 seasons of the IPL tournament. The current IPL titleholders are the Mumbai Indians, who won the 2019 season.
-The 2019 season of the IPL offered total prize money of ₹500 million (US$7.0 million), with the winning team netting ₹200 million (US$2.8 million). The first and second runners-up received ₹125 million (US$1.8 million) and ₹87.5 million (US$1.2 million), respectively, with the fourth placed team also winning ₹87.5 million (US$1.2 million)
-Mumbai Indians is the most successful team in the IPL. They won 4 winning titles in the IPL.

Despite a chance that this might be a close door event with no spectators, IPL 2020 might just be the game changer the sports industry needs. Here are the reasons according to Astro strategist Hirav Shah.

Sports events have not started in India since the first lockdown. The general fervor and public sentiment around the IPL are unmatched and will most definitely give the country something to look forward to. The league involves players from around the globe, thus spreading waves of excitement in other countries as well.

“The adrenaline rush we get when our favourite team wins a match, is pure happiness” feels Astro Strategist Hirav Shah

● Series of Entertainment during lack of activity in Lockdown

Weddings are getting postponed; tourism is at a standstill, eating out is not an option and multiplex or mall visits are a blur. People are craving enjoyment and a medium to sit down with family to relax. During this time, the IPL matches will be the perfect way to freshen our minds after a long day at work. The matches have been scheduled in the afternoon and evening to get the maximum audience.

● Brands will be able to generate greater revenue through Ads

Due to the delay, the current IPL schedule is closely preceding Diwali. This is the perfect time for brands especially the FMCGs to amp up the promotions during the matches. The back to back positivity of the event and the festival will motivate consumers to shop and increase revenue for the industries. It is like we say, a ‘Win-Win’ situation for all.

● Encouragement to other Sports events around the world

A successful IPL 2020 season under safety protocols would convey a greater message to the sports industry globally. The numerous events & leagues that have either scrapped their plans or are under pressure to deliver, will get momentum. In these unprecedented times, IPL will be like a success story that people will discuss on dinner tables and in conference rooms!

Pure positivity and general enthusiasm are feelings we have not felt in a long time. IPL is the shining beacon of hope in the current sports vacuum. The audience is waiting to cheer and feel alive again. This has the potential to be a pivotal moment in the field of sports, says Astro Strategist Hirav Shah.