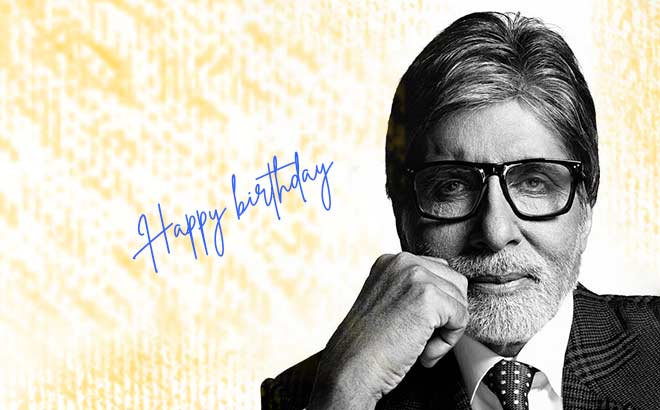 Birthday Special: What Does The Future Hold For Sadi Ke Mahanayak Mr. Bachchan? 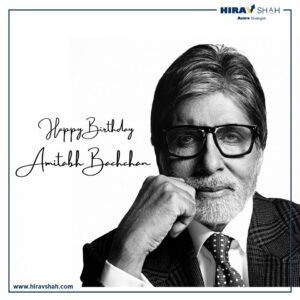 He first gained popularity in the early 1970s for movies like Anand, Zanjeer, Deewar and became India’s first “angry young man” for his  roles in Bollywood. Mr Amitabh Bachchan has since appeared in around 200 films in five decades. Bachchan is widely regarded as one of the greatest and most influential actors in the history of Indian Cinema.

Amitabh Bachchan is fondly known as ‘Amitji’ or the ‘Big B’ or ‘AB Sr’.

Amitji. was born in Allahabad, Uttar Pradesh on October 11,1942, which makes him a Number 2 (Moon) person in numerology. Being ruled by Number 2, he is automatically ruled by Number 7 (Ketu) as well since Numbers 2 and 7 always go with each other, explains HIrav Shah.

Number 2 born people are very romantic and dreamy. His many romantic films did well and proved as hits of Romance with the title of “Angry Young Man”, characteristic of SUN-leadership .

Most of the Number 2 people in the film industry are very successful.

As per Hirav Shah, his relationship with his son Abhishek (5 February, 1976 ) and daughter Shweta  will remain very healthy. He will also remain very supportive to his daughter-in-law Aishwarya Rai Bachchan (1 November 1973) for her career. There is some similarity between Amitabh Bachchan and Abhishek’ s career. They both had a few flops in the beginning before they got recognition.

Professional Life of Amitabh Bachchan in the year 2021

“On the film front, he may sign off beat projects and his charisma will make those projects very impactful. He may also sign big bollywood projects. His appearances on television as a host will be not that much successful as before, but from December 2020 it will work in his favour says Astro Strategist Hirav Shah. We may see him on global platforms for some cause or social projects.

As all know that by grace of God he totally recovered from Covid-19 effects. I hope I go wrong on this but it seems that he may suffer some health issues in 2021 also.

It seems that he will not enter into politics again. He may work for a political party or people for social cause but not showing direct involvement.

Over all next one year seems to mix in terms of personal life, family,  professional life and Health wise.

Wishing him a very happy Birthday !