Ajith Kumar- From Ordinary To Extraordinary 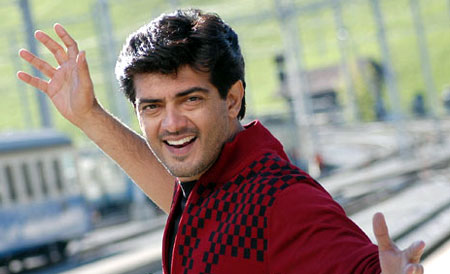 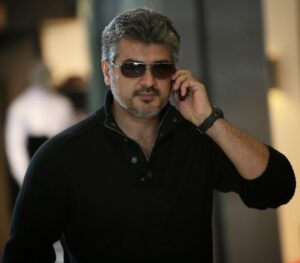 Ajith Kumar was born on 1st May 1971 to a Palakkad Iyer father and a Sindhi mother in Secunderabad, a city north of Hyderabad, and was brought up in Chennai. As he dropped out of Asan Memorial Senior Secondary School in 1986, he took up work as a two wheeler auto mechanic, and got himself a driver’s licence to correspond with his interests, that of car / bike racing. 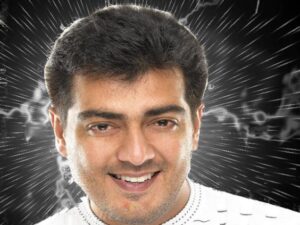 Luck is when opportunity meets preparation. Let’s find out whether this holds true in Ajith’s case.
Ajith was always well-prepared and diligent.
Even though he had no higher Education, he could speak in 5 languages fluently.
At 18, Ajith Kumar had to take up a job so that he could meet his expenses for the career he was interested in, which was ‘racing’. Joining as an apprentice, he rose to be a merchandiser with a garment export company, doing small-time press ads and TV commercials occasionally. He had put in a substantial amount of money into racing and would borrow tyres from his friends who used to help, when the chains wore out as there was no money in racing at that time.
Following an accident of his, he was pushed by several agencies into modelling for print-media ads. Finally, he got an opportunity to work in films as an actor, and since he was always well-prepared, hard-working and talented, Opportunity had to come to him !! And Ajith has never looked back ever since ! 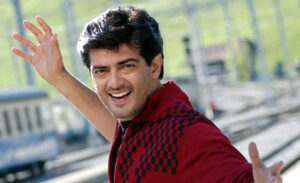 Ajith Kumar made his debut with Prema Pusthakam (Telugu) and his first Tamil film was “Amaravathi”, directed by then-newcomer Selva. It has been a rollercoaster ride for the actor and today, he is one of the biggest Tamil stars in the industry without having any godfather in the industry.

However, the road to success was definitely not an easy one, but he proved himself with every role he played on the big screen. In 1993, Ajith suffered a fall, injuring his back and underwent three major surgeries. He was on bed rest for one and a half years.

In 1995, after a supporting role in the Vijay starrer Rajavin Parvaiyile, Ajith appeared in his first major success, Aasai. Overall he acted in 50 films, of which 33 are Hits.

Ajith has also been a keen race car driver and has driven in circuits around India in places such as Mumbai, Chennai and Delhi. Ajith is one among very few Indians to race in an International arena and only Indian actor to compete in Formula Championships. He has also been abroad for various races, including Germany and Malaysia. He drove in the 2003 Formula Asia BMW Championships. He raced in the 2010 Formula 2 Championship along with two other Indians, Armaan Ebrahim and Parthiva Sureshwaren. He is the only actor who has a license for a FLIGHT.

With his dashing personality and amazing acting chops, Ajith Kumar is a name to reckon with in South cinema. He is also known as Thala in the industry. He has an enormous fan following, who just go gaga over him for his killer looks. Among his awards include, four Vijay Awards, three Cinema Express Awards, Three Film fare Awards South and three Tamil Nadu State Film Awards..

When Ajith’s life changed dramatically, why can’t others’ lives too !
Well, firstly, you need to have CLARITY on where you want to go, says Hirav Shah.
So, is this enough since times are very difficult today?
No, there’s more…, adds Shah.

You need GUIDELINES on what are the CHANCES of REACHING there and ASTRO-STRATEGY only, can GUIDE and HELP you conquer all obstacles to become INVINCIBLE, thereby changing your life DRAMATICALLY