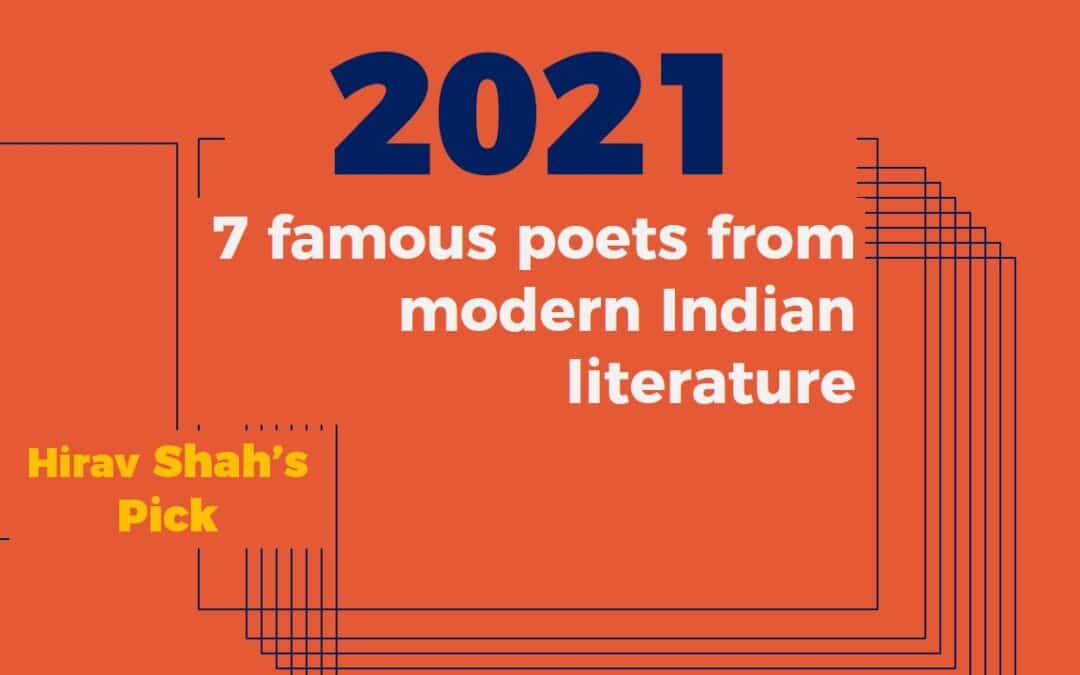 Definition of poet : A poet is a person, who enhances the culture and literature values of a particular region or language. He/she has the talent of conveying an art through his/her writings to the world.

Coming to our great country India, we have numerous poets from the ancient times to modern Indian society, who contributed to the arts and culture crafts with their splendid work, says Hirav Shah.

In the process of tracking some extremely talented poets from our modern Indian literature, Hirav Shah picks the top 7 poets from our country. Check out the below list. 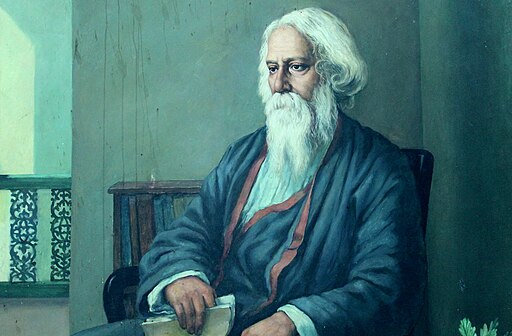 Being the most recognised and highly respected person for writing the iconic National Anthem ‘Jana Gana Mana’, Rabindranath Tagore is often referred to as the trend-setting poet from modern Indian literature.

Rabindranath Tagore is from West Bengal and all his poetry was being written in Bengali and later translated into various Indian languages for the convenience of his admirers.

His novels, dramas, short stories and painting showcases the significance of Bengali Art. Most of Rabindranath Tagore’s writings are based on social inequalities and spiritualism.

The ace poet won the Nobel Prize for his work on Gitanjali in the Arts and Literature category in 1913.

Kamala Surayya is well-known as the boldest, fearless poet among the reputed Indian-English language poets.

Kamala Surayya has written novels and short stories on various issues like female sexuality, politics, love and betrayal and is popular by her pen-name ‘ Madhavikutty’.

Some of Kamala’s best works include In Love, Relationship, Words, The Looking Glass through which she expressed her views boldly on menstruation, puberty and physical intimacy.

Command over English literature earned Kamala Surayya ” The Mother of Modern English Poetry” and the Nobel Prize for Literature in 1984.

Being the Indian modern era poet, Sri Aurobindo Ghosh is also known as the highly influential philosopher, guru, yogi and a political figure.

Being an influential poet in modern Indian literature, Sarojini

Naidu is popularly known as the ‘ Nightingale of India’.

Sarojini Naidu is also an aggressive freedom fighter, who fought against British rule. After getting Independence, Sarojini Naidu eventually turned as a political leader and served as the president of the Indian National Congress.

A few of her poems like Nightfall in the City of Hyderabad, The Illusion of love and The Gift of India are very popular among the literature lovers.

Amarjit Chandan Collection, Public domain, via Wikimedia Commons
Amrita Pritam is one of the popular poets from the 20th century and is the first Punjabi women poet. Being a poet, novelist and essayist, Amrita Pritam is the first lady to win the coveted Sahitya Akademi Award for her work in 1956.

Amrita Pritam is also known for her revolutionary writings on the India-Pakistan partition in the Punjab area. She is always a rebellion and used to showcase it through her thought-provoking writings.

For her contribution in Arts and Literature, Amrita Pritam was awarded Padma Shri award in 1969 and the Padma Vibhushan award in 2004 and the highest literary award- The Sahitya Akademi Fellowship from the Indian government.

Being a Freedom-fighter, educationist and social activist, Mahadevi Verma is a highly influential women poet. She is one of the founders of the Chhayavaad Movement.

Mahadevi Verma is the first women poet to get The Sahitya Akademi Fellowship award in 1979 and also got the Padma Bhushan award in 1956.

Mahadevi Verma’s work on Hindi literature, intellectualism has brought her huge popularity among the literature enthusiasts.

Born in Rambagan, Kolkata, Toru Dutt did masters in the French language in the 1870s. Later, she emerged as one of the finest translating poets in Indo-English literature.

Toru Dutt’s poems and literature look so inspiring to the readers but sadly she died at a very young age of 21 years.

Though Toru Dutt’s work is limited, her translation poems from French to English, Indian Hindi language to English literature created a solid impact in the readers’ mind with her exemplary translations.

How Is Entertainment Marketing Different From PR and Advertising?