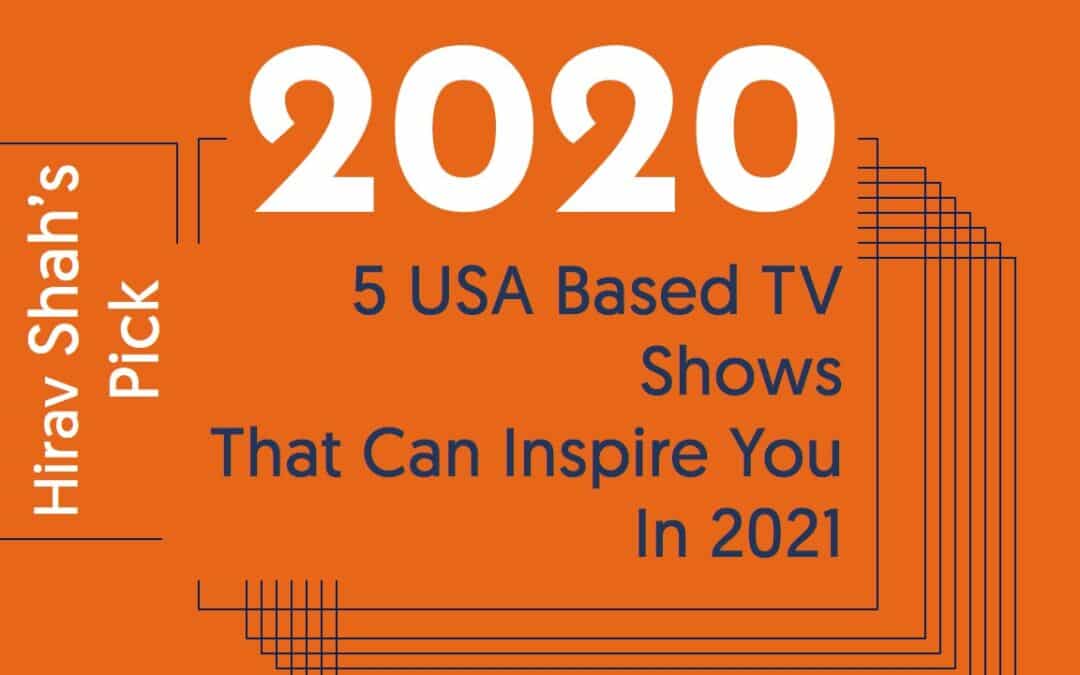 In need of a Boost?

Some TV- Shows are guaranteed to put a smile on your face with their bright and uplifting messages and light-hearted approach, says Hirav Shah, Business Strategist and Astro Consultant Having Maximum Influence In Movie Business.

Sometimes, the world can just get a little bit much to take. Whether it’s the big stuff that you see on the news or something more personal, life can be tough. Other times, it’s nothing more than waking up on the wrong side of the bed (late, and stubbing your toe getting out of it!). A case of the Mondays. One of those days. And when you are feeling down, these shows can be a fantastic way to escape from a bad day for a few hours – especially if the show itself centres on things getting better, says Hirav Shah, Famed Business Astrologer

Meanwhile, Celebrated Strategic Consultant Hirav Shah picks 5 shows from the US, with positive and inspiring Take-Aways for us.

Silicon Valley is an American comedy television series created by Mike Judge, John Altschuler and Dave Krinsky. The series, a parody of Silicon Valley culture, focuses on Richard Hendricks (Thomas Middleditch), a programmer who founded a startup company called Pied Piper, and chronicles his struggles trying to maintain his company while facing competition from larger entities.

The protagonist of HBO’s nail-biter comedy series, Richard Hendricks (Thomas Middleditch), only wants to bring his revolutionary new compression platform to the hands of consumers for free, with the primary intent to make the world a better place and then to eventually make a profit in the long-term via advertising.

One Liner: Make the world a better place.

Band of Brothers is a 2001 American war drama miniseries based on historian Stephen E. Ambrose’s 1992 non-fiction book of the same name.

The series dramatizes the history of “Easy” Company, 2nd Battalion, 506th Parachute Infantry Regiment, of the 101st Airborne Division, from jump training in the United States through its participation in major actions in Europe, up until Japan’s capitulation and the end of World War II. The events are based on Ambrose’s research and recorded interviews with Easy Company veterans. The series took some literary license, adapting history for dramatic effect and series structure.

Band of Brothers is riveting enough to make a history buff of just about anyone.

One Liner: History will give you the opportunity to learn from others’ past mistakes and do quantitative and qualitative analysis !!

The Office is an American mockumentary sitcom television series that depicts the everyday work lives of office employees in the Scranton, Pennsylvania branch of the fictional Dunder Mifflin Paper Company. The Office induces cringes and laughs alike from the mundane indignities and hypocrisies endured by suburban worker drones, hammering in a basic message: work is hell. Creator Ricky Gervais as David Brent is the series’ empty center, a buffoonish boss who’s most concerned about himself at all times, but the tragedy of it all comes from Martin Freeman’s everyman Tim Canterbury, a competent man whose potential and happiness is snuffed out by the miserable daily grind of white collar work.

The series original ended with Tim remaining at the horrible job and losing his chance with receptionist Dawn (Lucy Davis) — a bleak reminder that might motivate more than a few people to quit their job and find a life beyond their cubicle.

One Liner: Quit your lousy office job to do something really great for yourself and the world.

Master of None’s premise is a cliche by this point — a popular comedian making a semi-autobiographical single-camera comedy. But like Louis CK before him, Aziz Ansari is after more than just comedy, instead using the series to present a comprehensive and often painfully relatable portrait of single life in the digital age. Drawing upon the same experiences he mined for his first book Modern Romance: An Investigation, Ansari’s on screen alter ego Dev Shah wrestles with the familiar trappings of growing into adulthood, making old points in hilarious and newly resonant ways.

The season finale, meanwhile, destroys a compelling relationship to bring Dev, and by proxy the audience, to realize he ought to fulfil his star-crossed dreams of traveling the world while he still can, even if it means facing insecurity for the foreseeable future.

One Liner:Travel the world while you still can.

Six Feet Under is an American drama television series created and produced by Alan Ball. It depicts the lives of the Fisher family, who run a funeral home in Los Angeles, along with their friends and lovers.

Most of us just ignore it, but in the famously devastating series finale, Six Feet Under forces its audience members to face their mortality once and for all.

One Liner: Once you are aware of your mortality, it is all the more important to not procrastinate at all and strategize life and business now, for a fruitful future.