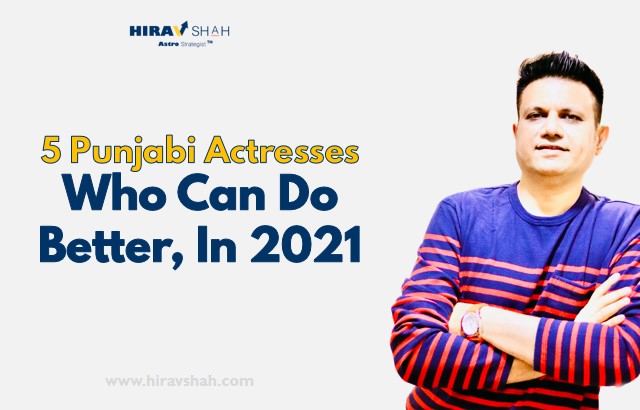 Entertainment is a huge industry. Not everybody can make a fortune . However there are 5 Punjabi Actresses who are stars already, but they have the calibre to become even bigger stars in future. 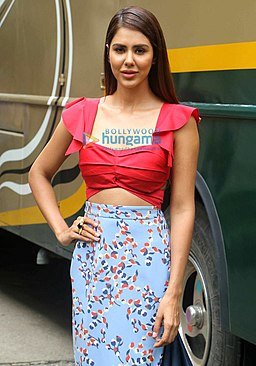 Past of Sonam Bajwa : She participated in the Femina Miss India contest in 2012. Bajwa started her acting career in 2013 with the Punjabi film Best Of Luck. She played the leading female role in the 2014 film Punjab 1984.

Present of Sonam Bajwa : She was nominated for the PTC Punjabi Film Awards for Best Actress award for Carry on Jatta 2 in 2019[8] and won it in 2020 for Ardab Mutiyaran. She also appeared in Bollywood films Bala and Street Dancer 3D. 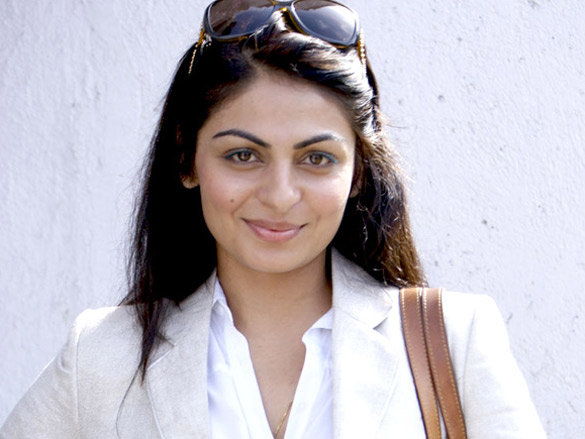 Past of Neeru Bajwa : Bajwa started her career in Indian soap operas in 2005 with Hari Mirchi Lal Mirchi on DD1 before moving on to Astitva…Ek Prem Kahani on Zee TV followed by Jeet on Star Plus and then Guns and Roses on Star One.

She paired up opposite Diljit Dosanjh again in the film Jatt and Juliet 2 which broke all the previous opening day collection records for Punjabi cinema.

Present of Neeru Bajwa : Bajwa debuted as a director in 2017 with the Punjabi movie Sargi, which stars her sister Rubina Bajwa in the leading role alongside Jassi Gill and Babbal Rai. She also owns a production company called Neeru Bajwa Entertainment.

In November 2019, Bajwa starrer and produced film Beautiful Billo went on floors, in which she will be sharing the screen with her sister Rubina Bajwa. Since April 2021, Bajwa has hosted a Punjabi show Jazba.

Future of Neeru Bajwa :Three of her Punjabi films are all set to release this year. They are Paani Ch Madhaani, Phatte Dinde Chakk Punjabi, Shava Ni Girdhari Lal. She will also get some good offers from Bollywood.

Past of Mahie Gill : Gill got her first break with the Punjabi based Bollywood film Hawayein and has done a couple of Punjabi films along with theatre. Anurag Kashyap first saw her at a party and instantly finalized her to play the character of Paro in the movie Dev D.

She worked in Ram Gopal Verma’s Not a Love Story, which was based on the Niraj Grover Murder case of 2008.She also worked in Saheb, Biwi Aur Gangster with Jimmy Sheirgill and Randeep Hooda, which was released on 30 September 2011. This movie earned her a nomination at the Filmfare Awards for Best Actress.

Present of Mahie Gill : Lately she has been very active on web. She was last seen in many web series named Family of Thakurganj, Posham Pa, Fixerr, Durgamati and Doordarshan.

Future of Mahie Gill : Mahie Gill to be next seen in upcoming web series ‘1962 The War In The Hills’, directed by Mahesh Manjrekar. The series features Abhay Deol, Sumeet Vyas, Akash Thosar. There are also ‘n’ of untitled projects for her and those will start post Pandemic.

Past of Surveen Chawla :Chawla made her television debut as Charu in the Indian serial Kahin To Hoga. She also appeared in the reality dance show Ek Khiladi Ek Haseena in 2008, where she paired up with Indian cricketer S. Sreesanth.

Before this, she appeared in the television serial Kasautii Zindagi Kay in 2004. In 2006, she played the lead protagonist in the TV serial Kaajjal, till 2007. She hosted the television show Comedy Circus Ke SuperStars.

Then she made her film debut with Kannada film Paramesha Panwala. In 2011, she appeared in the Punjabi film Dharti which was released in April 2011.

Present of Surveen Chawla : Post 2012, she has appeared in a lot of films. Notable ones are Taur Mittran Di, Saadi Love Story, Singh vs Kaur, Lucky Di Unlucky Story and Disco Singh (2014). She did her first item number “Dhoka Dhoka” in Sajid Khan’s Himmatwala.

In 2013, she appeared in Tamil film Moondru Per Moondru Kadhal and also appeared in Puthiya Thiruppangal. She then appeared in Anurag Kashyap’s thriller Ugly.

Future of Surveen Chawla : Sacred Games, Rangoli and Haq Se are her latest works in web series. She has been getting a lot of offers from the web now but she is waiting for the right project all this while.

Past of Simran Kaur Mundi : She represented India at Miss Universe 2008 held in Vietnam and placed in various preliminary events, she was one of the top five finalists at the Best in Swimsuit round, placed in the top 5 of Charming Ao-dai round and was the group winner at the national costume award.

Present of Simran Kaur Mundi : It Happened in Calcutta, Chakravyuh-An inspector Virkar Crime Thriller, Step in my shoes are her last appearances on the web as a leading lady. She has indeed come a long way from her Jo Hum Chahein(2011) days.

Future of Simran Kaur Mundi : Due to pandemic she couldn’t start her work on a few untitled projects (films and web series). She can certainly be a huge name in the web world provided she gets the right scripts and directors.

The talent pool is huge in Punjab. The above mentioned actresses from Punjab can also make a fortune for themselves, because they have it in them.

Please note that success is never an accident. It takes long years of toil to reach it. And a lot of blood, sweat and tears. A bit of luck always helps. Today, strategy is also vital. But the journey has to make you happy for you to reach true success, Concludes Hirav Shah.

Hirav Shah is a noted Astro-Strategist of India. He also has an astounding global presence with his clients from all sectors, that you can think of.

He is a Business Astrologer™, Strategist, Consultant, Guide, Corporate Coach and an Influential Opinion Leader and a Thought Guru.

He believes in taking enormous action and has devised strategies to help some of the leading brands of the world to make the right strategic bets based on certainty of outcome.