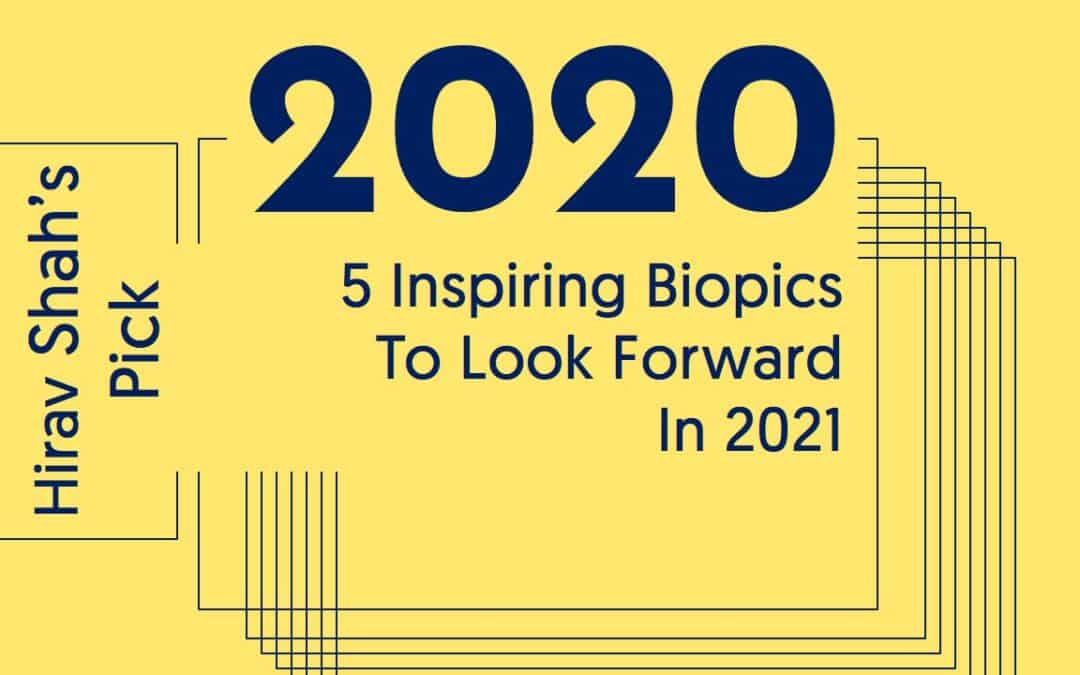 Biopics are cinematic representation of iconic characters with fascinating journeys, who have walked the planet. Numerous biopics are being made in India for the cinephiles because the makers know that each story is a different tale of hard work, perseverance and success Opines, Celebrated Astrologer in the Movie World, Hirav Shah

A well-produced cinematic work, in that case, can serve to be an uncomplicated, if small, peek into their lives, struggles, inspirations and ideologies—while also teaching us a few things along the way.

If you’re planning on catching up on some great biographical movies to watch in 2021, here are 5 notable ones picked by Hirav Shah.

Based on India’s historic win at the 1983 Cricket World Cup, 83 was scheduled initially for a 10 April 2020 release. The Kabir Khan directorial stars Ranveer Singh and Deepika Padukone. This big ticket release is being jointly produced by Khan, Vishnu Vardhan Induri, Deepika Padukone and Sajid Nadiadwala.

The makers have started promotions for the film’s release by releasing posters of each actor in character, on social media.
83 is now expected to release in 2021’s first quarter.

Cricket is always exciting to watch on the big screen and ’83 should be an enthralling and intriguing affair.

Thalaivi is an upcoming Indian multilingual biographical film about the life of J. Jayalalithaa, late politician and film actress who served six terms as the Chief Minister of Tamil Nadu, with Kangana Ranaut playing the role of Jayalalithaa. The film is directed by A. L. Vijay and produced by Vibri Media in collaboration with Karma Media And Entertainment. Simultaneously shot in Hindi, Tamil and Telugu languages under the same title,a lot has been written about Kangana Ranaut playing J Jayalalitha.

Given the drama that the story boasts of, one expects some awesome entertainment.

Maidaan is an upcoming Indian Hindi-language biographical sports film based on the golden era of Indian football (1952–62) and starring Ajay Devgn as football coach Syed Abdul Rahim. Maidaan is directed by Amit Sharma and produced by Zee Studios in collaboration with Bayview Projects LLP.

This will be Ajay Devgn’s third biopic after Tanhaji: The Unsung Warrior and Bhuj: The Pride of India.
The film releases worldwide in cinemas on 15 October 2021, coinciding with Dussehra weekend.

Shabaash Mithu is a biopic on the Indian women’s cricket team skipper Mithali Raj and for that Taapsee Pannu has undergone some serious training in cricket. This cricket drama will see the return of Director Rahul Dholakia after Shah Rukh Khan’s Raees. This could be Taapsee’s life changing film in 2021 and cinephiles too are also anticipating its release.

Saina is yet another upcoming biographical sports film directed by Amole Gupte and produced by Bhushan Kumar under the banner of T-Series. The film is based on the life of Badminton player Saina Nehwal. It stars Parineeti Chopra who will play the titular role as Saina Nehwal.

It is said that Saina will certainly be a magnum opus for Parineeti.
Hence, cinema lovers and fans of biopics in the Country, are very much excited for its unveil on the big screen.

Here’s the thing for makers, producers and big studios in these trying times ; making a film is only half the battle.

If you can’t connect your work with an audience, you will struggle.

If you can’t recover your investments, you will struggle.

So what to do?

Shah Suggests -Taking an expert opinion from a bonafide Astro-Strategist is the Key !
Yes, an Astro-Strategic Analysis can aid people come out stronger and faster, when unexpected realities happen in business !