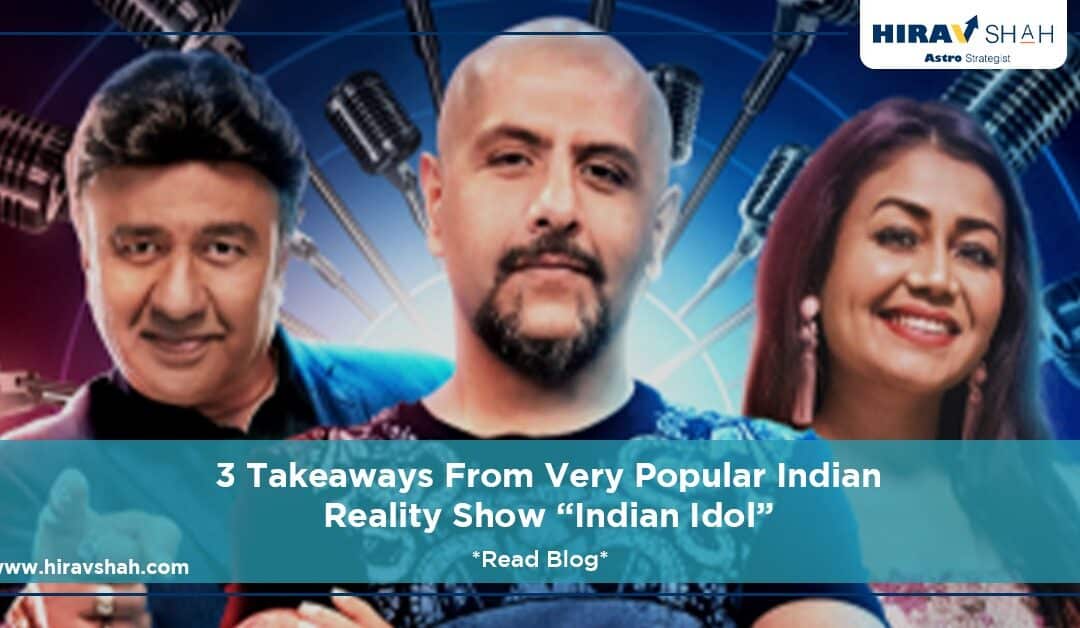 Meanwhile, Hirav Shah shares his thoughts on Reality TV and says- While traditionally pigeonholed as a trashy genre, there are plenty of current reality TV shows in India like the ‘Indian Idol’ with substance. Whether it’s learning a new trade, understanding a complicated topic, or gaining a more nuanced perspective of the lives of others, Indian Idol silently teaches you vital success trait says Hirav Shah a Celebrated Business Strategist and Astro-Consultant, shares his thoughts on Reality TV

Indian Idol is the Indian version of the Pop Idol format that has aired on Sony Entertainment Television since 2004. The show has spawned spin-offs, including Indian Idol Junior. The spin-off replaced the show for the seventh and eight seasons. The previous winner of season 11 was Sunny Hindustani.
Meanwhile, Idol this year, that is Indian Idol- 20, premiered on television on the 28th of November at 8 pm. This is the twelfth season of the show, and it has promised to bring the best talent from across the country on the stage. While the auditions of the show began in July, the team started filming episodes from October in Film city, Mumbai.

Well it’s known that millions want to be the next Indian Idol and be famous.
But unfortunately, not many of us, as a matter of probability, will get there right.
Why is that only ‘one’ amongst so-many, makes it !

There are thousands in the country who are as talented and have everything in their favour, yet they miss hitting the bull’s eye.
There is always something amiss in their careers and business.

These are the same ones who say ‘why would I consult somebody for a second opinion when everything is fine as per my plans and karmas.

Celebrated Business Strategist and Astrology Consultant, Hirav Shah says-
Being confident with certainty is better than being over-confident with uncertainties. Your birth chart is a combination of planets & planets keep changing as per Gochar(transit) and Dasha. You spend periods working on your musical career, then why can’t you spend a few minutes checking what the stars have in store for you.

Ever since 2004, when Indian Idol Season 1 started, all Idol winners are known to have implemented the correct strategy in the show to win.

On that note,Celebrated Business Astrologer Hirav Shah says-Achieving any goal in life isn’t just about setting clearly defined goals and wanting them badly enough. You also have to deploy the right STRATEGY for actually achieving them. If you don’t go about it the right way, then no matter what you want or how badly you think you want it, you won’t see things through.

Traditionally, winners of Idol starting from Abhijeet Sawant(1st Indian Idol) to Sunny Hindustani(recent Indian Idol) have been known to be always committed to winning.

Meanwhile, India’s Top Business Strategist Shah has this to say- Being dedicated and committed is vital. You have to know first as to what you want and therefore do whatever you have to do, to get there. Astro-Strategy can guide you in this journey better than anything else.

Indian Idol contestants can never afford to carry a laid back attitude if they want to lead and win the show.

Concurrently, Celebrated Astro-Strategist, Hirav Shah is of the opinion that-Procrastination is one of the prime reasons for failure. Don’t put off until tomorrow what you can do today.